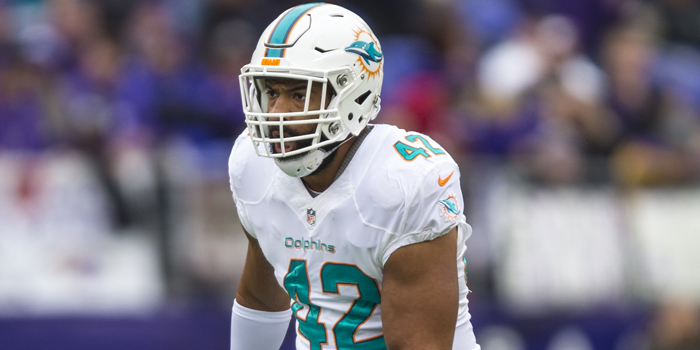 The New York Jets have announced that they have signed Spencer Paysinger.

Paysinger spent the previous two seasons with the Dolphins, appearing in 29 games (three starts) and racking up 83 tackles. The 6’2″, 249-pounder originally signed with the crosstown rival Giants as an undrafted free agent following the 2011 Draft. The Oregon product spent four seasons with the Giants and was a part of the Super Bowl XLVI winning team.

For his career, Paysinger has played in 91 games (17 starts) and has totaled 157 tackles on defense and 70 more tackles on special teams.