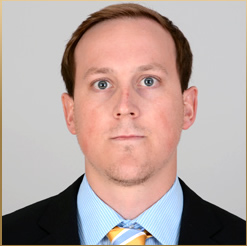 The Jets have reportedly elevated highly respected personnel man Brian Heimerdinger to the position of Vice President of Player Personnel.

Per the @nyjets website, Brian Heimerdinger has been promoted to VP of Player Personnel. 31 year old is a future GM to watch.

Heimerdinger joined the organization in January of 2015 when he left the Rams to join Mike Maccagnan’s personnel staff.