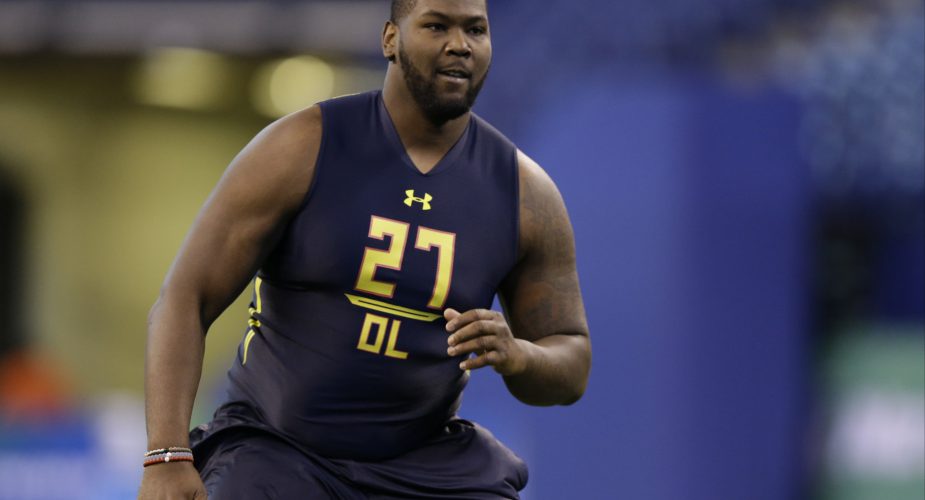 JetNation.com recently took a look at the 2017 outlook for the team’s offensive line, led by guards James Carpenter and Brian Winters on the inside with Wesley Johnson at center and their two question marks at the tackle spots on left tackle Kelvin Beachum and right tackle Brandon Shell.

While the starters will garner most of the attention, sometimes it’s worth taking a look at any young players who may surprise, and wouldn’t it be nice if undrafted free agent tackle Javarius Leamon, the player we tabbed as a rookie worth watching, managed to stick with Gang Green in 2017 and beyond?  It would be a big transition from South Carolina State, but the lineman is hoping it’s a move he can pull off.

As the team’s left tackles currently stand, Beachum is looking to bounce back from a rough 2016 season that led the Jacksonville Jaguars to allow him to hit free agency, and Ben Ijalana, while a serviceable back-up, is hardly a potential long-term solution.  Just how good he is remains to be seen, but can Leamon become a bona fide NFL left tackle?

If you believe what you read in most online scouting reports, Leamon is better suited to move to right tackle, or perhaps even kick inside to a guard spot, but as JetNation.com learned in a recent interview with the rookie, the Jets may not agree.  “I’ve really just been playing left tackle the whole time I’ve been there (OTA’s) and they’ve told me to be ready to play the right side but so far it’s been the left”.

Leamon talked about how through OTA’s it’s been “non-stop learning.  Just learning so much about this new offense” and of course nobody will have a bigger hand in helping him along than the Jets’ no-nonsense offensive line coach, Steve Marshall.  “It’s been really good working with him so far, and Steve will just tell you like it is because he’s a straight forward guy”.

Leamon also echoed some of the reports we heard earlier this off season when we talked about new offensive coordinator John Morton.  “Coach Morton does like to push the tempo a lot, that seems to be one of his main things so right now I’m just like a sponge soaking up everything I can”.

If Leamon takes it all in, he could also wind up taking a roster spot, or at least buy himself a season or two to develop on the team’s practice squad.