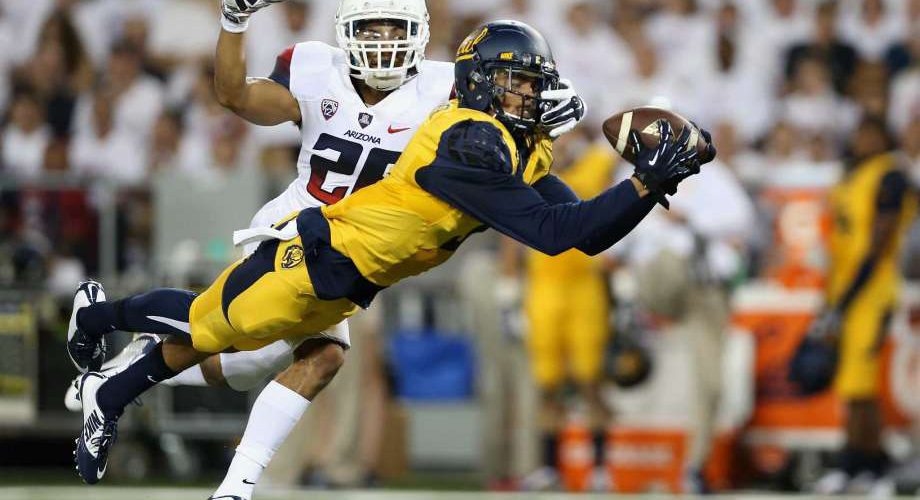 When the Jets kicked off training camp earlier this week in Florham Park, if you would have asked anyone about the young receiver from Cal, they would have assumed you were referring to 2017 draft pick Chad Hansen who was taken in the fourth round with the 141st overall pick.

Well, as it turns out, it looks like there’s another Cal pass catcher turning heads in the early going as little-known veteran Chris Harper has drawn plenty of praise for his work from onlookers over the past few days, especially on day four.

Play of Practice: WR Chris Harper with terrific diving one-handed catch (w/Coleman draped all over him) on perfect deep pass from Petty

In three seasons at Cal, Harper racked up 163 receptions for 2,030 yards and 13 scores.  He did plenty of damage lining up on the outside, but will probably better suited as a slot receiver in the NFL.

After going undrafted in 2015, Harper spent a season with the New England Patriots, but saw little playing time, catching just one pass for six yards.  Harper would spend 2016 in San Francisco with the 49ers where he played in nine games, starting two, and hauling in 13 passes for 133 yards.  Quite a small sample size with a team that was reeling.

Harper also has some experience as a punt returner, albeit with moderate production.  He returned 19 punts for 122 yards at Cal; an average of just 6.4 yards per attempt.  Nothing special, but it sure couldn’t hurt.

When asked about Harper, head coach Todd Bowles praised his excellent hands and the speed with which he’s picked up the offense.  If he continues to impress as he did today, he’ll be picking up a few paychecks signed by Woody Johnson in the coming months.