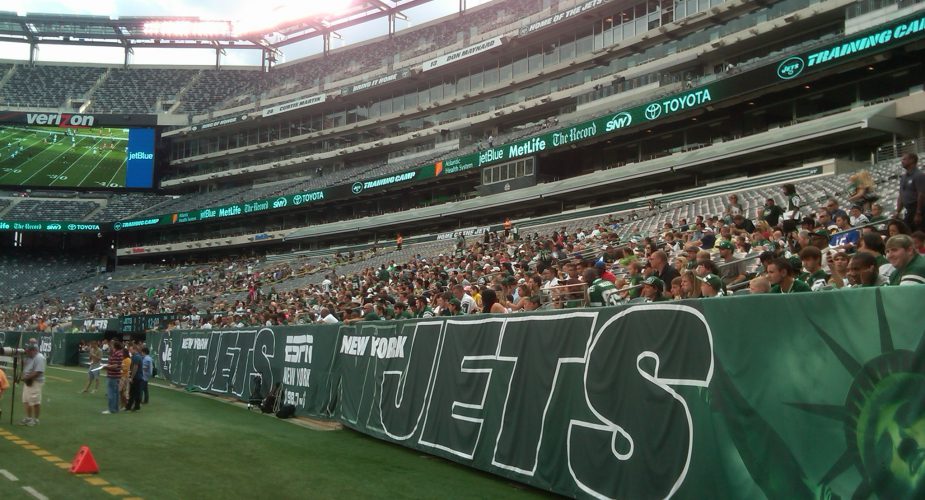 The NY Jets held their annual Green & White Scrimmage on Saturday night at Metlife Stadium. The turnout from the fans was pretty impressive. I didn’t see an official head count anywhere but the parking lot was packed and the lower level of the stadium was pretty crowded. The night was actually a practice \ scrimmage. There was no tackling so that always changes things. A QB can take more chances when he is wearing a red jersey. We live tweeted the night, you can scroll through our feed below and get a full recap of the action including several photos.