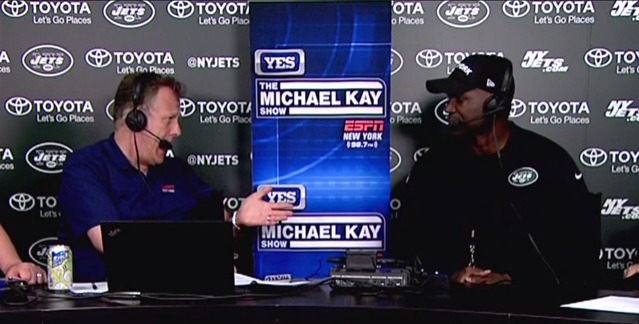 New York Jets head coach Todd Bowles sits down with Michael Kay to discuss Qunicy Enunwa’s injury, the QB competition and a young defense. Bowles said that Enunwa, “He has a bulging disk in his neck. Barring a second opinion, he’s probably going to have to get surgery. He’ll be out about six to nine months.”  He added that he doesn’t believe the injury is career threatening.

You can watch the full video below.