NFL To Hire Up To 24 Full-Time Game Officials 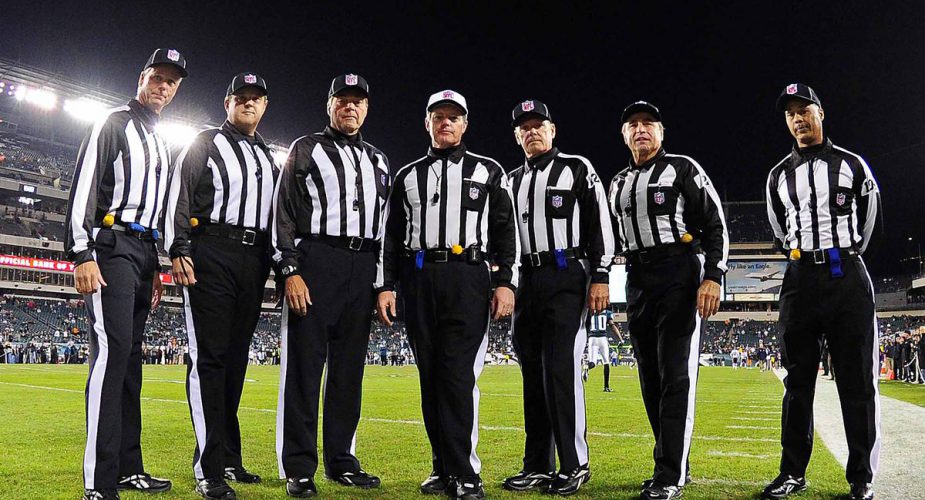 ​NFL TO HIRE UP TO 24 FULL-TIME GAME OFFICIALS

The NFL will hire up to 24 full-time game officials from among the current 124-person roster of officials, the NFL and NFL Referees Association (NFLRA) jointly announced today.

The NFL and NFLRA agreed to experiment with full-time officials as part of the last Collective Bargaining Agreement.  The decision to hire up to 24 such officials for 2017 is a collaborative initiative intended to promote the common goal of enhancing all aspects of NFL officiating –  scouting, training and mentoring, better understanding of current game trends, game preparation, and increased input on rules relating to player safety and game administration.

“We believe this is a great development for NFL officiating overall and ultimately the quality of our game,” said NFL Executive Vice President of Football Operations TROY VINCENT.  “We share a common goal, which is to make our game as great as it can possibly be, and look forward to working together on this new effort.”

“NFL officials are always looking to improve, and we believe that additional time, particularly in the offseason, will be positive,” said NFLRA Executive Director SCOTT GREEN.  “We’re looking forward to working together with the league on this effort.”

The program will permit current officials who wish to transition to a full-time role the opportunity to apply. The full-time officials that are hired – between 21 and 24 – will play an important role in enhancing communication and the flow of information to and from on-field officials, NFL Senior Vice President of Officiating ALBERTO RIVERON and the league’s officiating supervisors.

The implementation throughout the 2017 season will provide the NFL Officiating Department, in consultation with the NFLRA, the opportunity to identify the most effective ways to utilize the off-field time for full-time game officials throughout the calendar year.

Full-time officials will be hired at each of the seven officiating positions and may serve on each of the 17 officiating crews. They will work collaboratively with their assigned crews, the league officiating staff and the NFL’s football-related committees during the offseason.