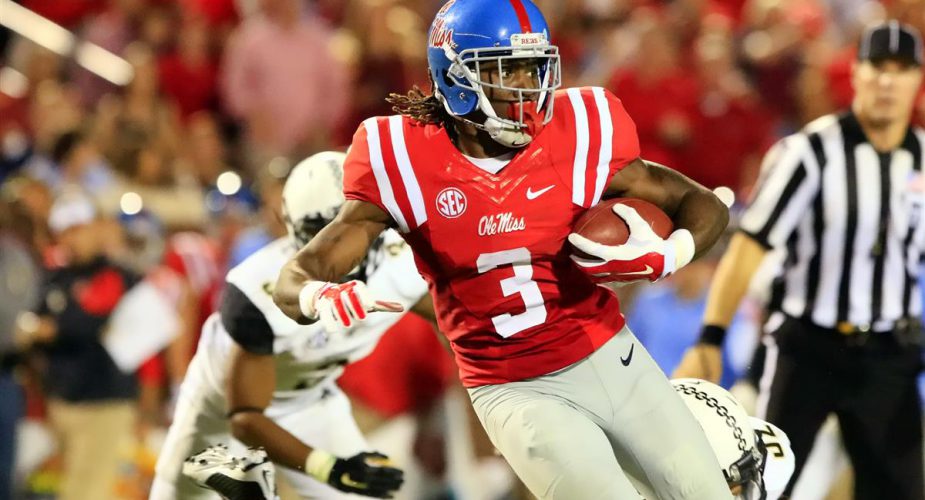 As you probably know by now, the Jets added four players via waiver claim yesterday, and as is often the case, there were no household names on the list.  So what do we know about the newest members of Gang Green?

WR Damore’ea Stringfellow:  With good size at 6′ 2” 222 pounds, Stringfellow is a physical receiver who transferred from the University of Washington to Ole’ Miss after an off-field altercation with several Seattle Seahawks fans per NFL.com.

Stringfellow lacks elite speed (4.54), but is willing to fight for the ball and some believe he would be best suited for a west coast offense, which of course the Jets will be running this season.

Stringfellow’s build and ability to high-point the ball could make him an effective weapon in the red zone, but there are some concerns about his hands.  According to PFF.com, Stringfellow had 10 drops last season, compared to just 2 the year before.

WR Kalif Raymond: Waived by the Denver Broncos, Raymond is yet another kick and punt returner whom the Jets are bringing in for a look.  At this point it feels as if the Jets have already auditioned over a dozen return men over the past several weeks.

Raymond has returned just 11 punts for 111 yards, an average of 10.1 yards per attempt.  A small sample size, but respectable results thus far.  As a kick returner, Raymond has 6 attempts for 137 yards, good for a 22.8 YPA average.

The 5′ 8” Raymond, who ran a 4.34 40 at his pro day reportedly set track records at Holy Cross where he was also a productive receiver, putting up 1,683 yards on 155 receptions in four years.

TE Will Tye: The most likely of all addition to see significant playing time, Tye fills a need at tight end due to the suspension of Austin Seferian-Jenkins.  Tye is a willing blocker who, over the past two seasons, has produced 90 catches for 859 yards and 4 scores.

LB Edmond Robinson: A former Minnesota Viking, Robinson has played sparingly through three pro seasons and went from possible Chad Greenway replacement, to free agent cast-off who has landed in Green and White with the Jets.

Robinson logged 16 tackles this pre-season and has only 6 tackles in 21 career games.  Interestingly enough, the Jets parted ways with linebacker Freddie Bishop to make room for Robinson after Bishop’s strong pre-season.

Thoughts or opinions on the team’s newest additions?  Share them here in our forums.