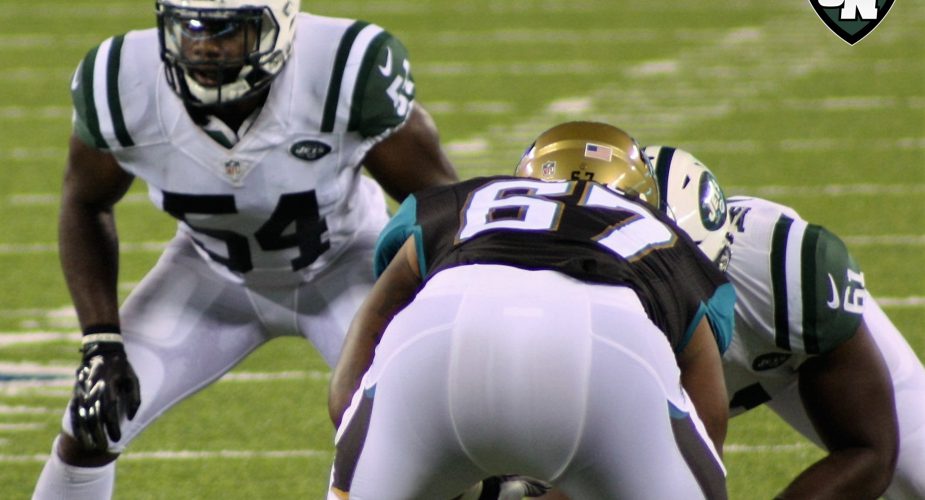 As previously mentioned, the Jets claimed four players off of waivers on Sunday that you can read about here.  Those moves, of course, mean that four players will have to be let go to make room on the roster and Rich Cimini of ESPN is reporting that those cut were linebacker Bruce Carter, running back Marcus Murphy, tight end Jason Vander Laan and linebacker Freddie Bishop.

As one of the team’s most experienced linebackers, Carter’s departure comes as somewhat of a surprise while Murphy and Vander Laan were likely among those most onlookers viewed as top candidates to become roster casualties once new bodies were added.

Bishop, while not an established player, is also somewhat of a surprise as he had a solid pre-season and plays a position that currently remains a major question mark as Josh Martin will likely see the bulk of the action at the linebacker spot opposite Jordan Jenkins.

Thought on the Jets’ cuts?  Log on to our forums and sound off.