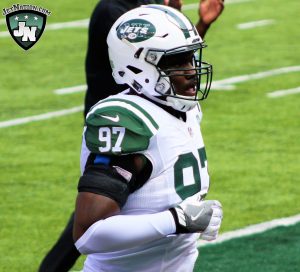 Defensive lineman Lawrence Thomas got some run at fullback on Sunday.