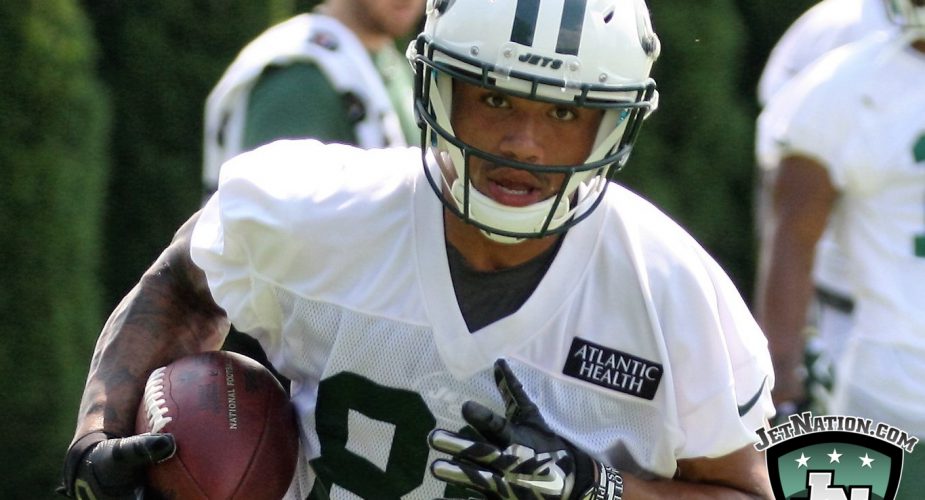 The Jets were granted a roster exemption for wide receiver Jalin Marshall but it looks like they’ve made a move that will clear the way for his return by cutting ties with tight end Neal Sterling.  A local product, Sterling was singed after being let go by the Jacksonville Jaguars and had just one catch for 8 yards.

The Jets have waived TE Neal Sterling. His roster spot could be used for WR Jalin Marshall. It also means rookie… https://t.co/JR7p99iJjK

If Marshall is added to the roster and made active, it will give the Jets two very similar receivers in Marshall and Jeremy Kerley, with rookie Ardarius Stewart also competing for reps.  Marshall had a down rookie season after grabbing headlines in the preseason for making one outstanding catch after another.  He would finish 2016 with just 14 receptions for 162 yards and a pair of touchdowns.

Despite the lack of production, head coach Todd Bowles didn’t appear to lose any faith in the promising receiver, getting him plenty of work as the team’s third receiver in training camp even with his four game suspension looming.

It looks like Marshall has been working overtime to keep himself in shape if he does in fact get the call.