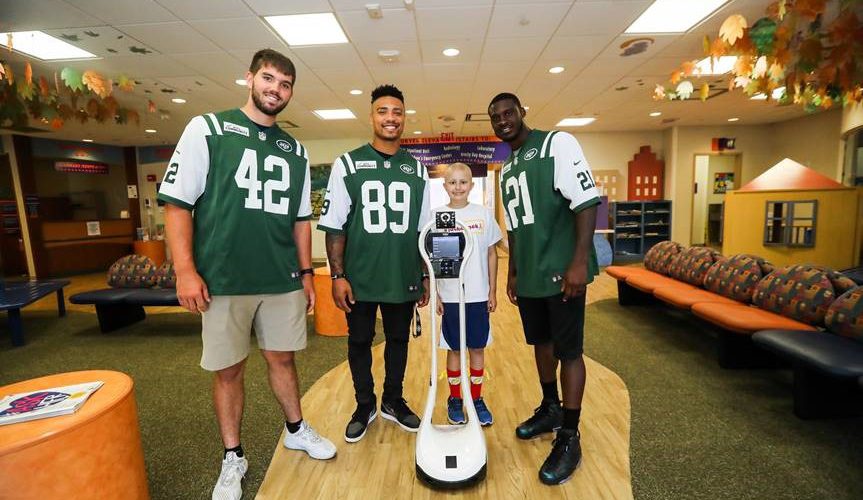 October 11, 2017 – The New York Jets and Atlantic Health System are partnering in the fight against pediatric cancer as part of the NFL and American Cancer Society’s “Crucial Catch: Intercept Cancer” campaign. After nearly a decade of supporting breast cancer, the Jets, NFL and American Cancer Society have evolved the campaign to address early detection and risk reduction efforts for multiple cancers, including pediatric cancer, to increase our impact.

Before the Jets take on the Patriots on October 15, four children who are undergoing or have completed treatment at the Valerie Center at Goryeb Children’s Hospital, part of Atlantic Health System, will serve as honorary captains for the coin toss. In addition, the Jets and Atlantic Health System will give one patient who cannot attend the game due to treatment the experience of being on the sideline for pre-game warm-ups with the VGo Robot. Designed for children with extended illnesses, immune deficiencies and other physical challenges that prevent physical attendance, the VGo robot provides an essential element for a child – the ability to participate in classroom and social experiences. For more information on how to help the Jets and Atlantic Health System fight pediatric cancer please go to AtlanticHealth.org/Jets.

As part of the campaign, the NFL and American Cancer Society recently launched a new, digital tool – THE DEFENDER – that provides consumers with personalized tips to reduce their cancer risk. The Defender, funded by the NFL and developed by ACS, analyzes user-input health information to provide individuals with quick, informative and personalized recommendations on how he or she can take action to reduce his or her cancer risk. More than 50% of all cancers can be prevented through simple lifestyle modifications, like avoiding tobacco, sun exposure, staying fit and healthy through proper nutrition and physical activity. The free user-friendly tool allows fans to take control of their health and increase their understanding of how healthy lifestyle habits can help reduce their cancer risk. Fans may access The Defender at TheDefender.cancer.org.

The New York Jets take great pride in a long-standing, year-round commitment to our community. Programs funded by the New York Jets Foundation look to positively influence the lives of young men and women in the tri-state area by promoting fitness, supporting youth football and preventing bullying, particularly in disadvantaged communities. From launching football teams at urban high schools to urging students to be active for at least 60 minutes every day to fostering positive school environments, the New York Jets invest in programs that make a difference in the lives of others. In addition to our focus on youth development, the Jets support the efforts of the Alliance for Lupus Research and numerous established charitable organizations and causes sponsored by the NFL. 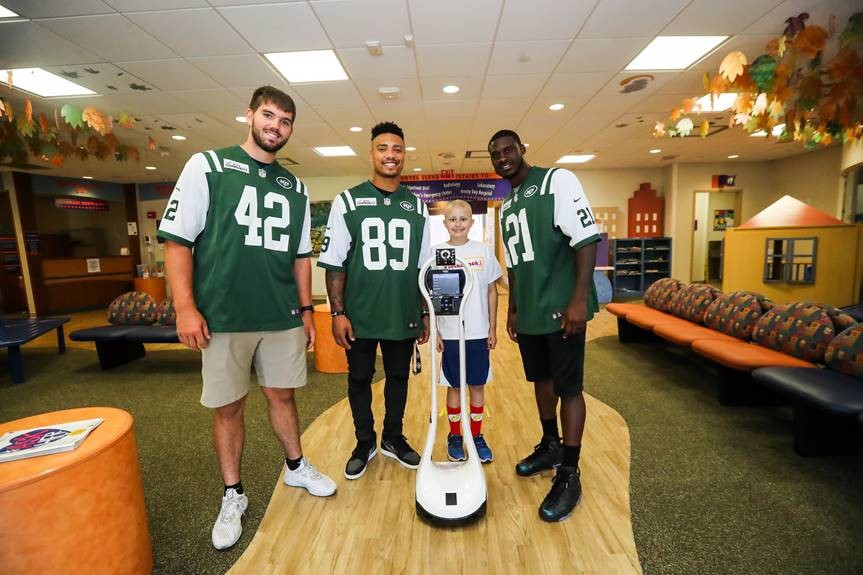