2018 NFL DRAFT TO BE HOSTED IN DALLAS 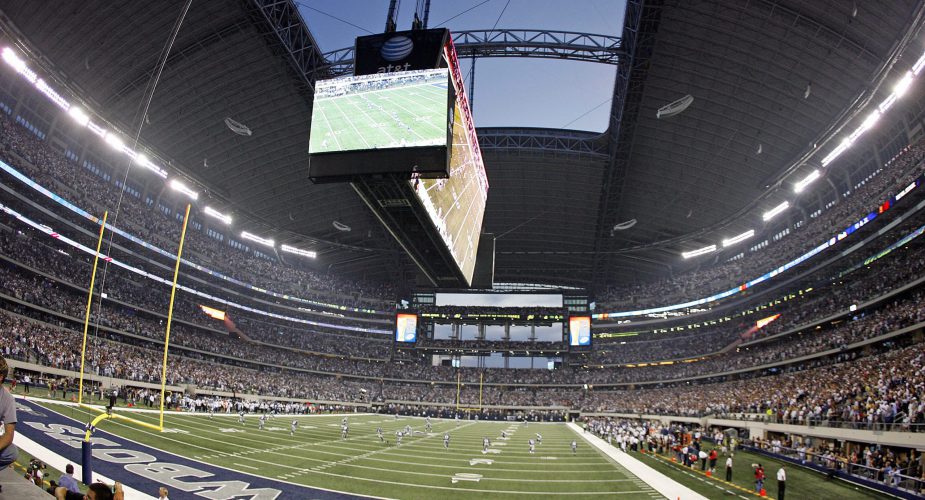 The NFL draft has been a big topic of conversation for NY Jets fans this season. Some fans want to “suck for Sam” in hopes of landing the first pick. Other fans are rooting for Jets victories as the team rebuilds. Wherever you fall on that spectrum you should know that the NFL announced the 2018 NFL draft will be held in Dallas, Texas. Be sure to visit our NY Jets draft forum for all the latest draft news.

The 83rd NFL Draft will take place on April 26-28, 2018 at the Dallas Cowboys’ AT&T Stadium in Arlington, Texas, marking the first time in history that it will be held at an NFL stadium. The Draft site will encompass the field, stands, and outdoor plazas, creating an all-encompassing atmosphere and enabling more fans than ever before to watch their favorite team’s selections.

NFL Commissioner ROGER GOODELL made the announcement today at the league’s annual Fall Meeting, following a review of the proposal by the Super Bowl & Major Events Advisory Committee and full ownership. This is the result of a comprehensive examination process over the past several months of plans submitted by various cities to host the 2018 NFL Draft.

“Philadelphia raised the bar by taking the Draft to another level, and this new opportunity in Dallas will enable us to continue the event’s evolution and grow it even further,” said Goodell. “We are grateful to the Dallas Cowboys, the cities of Arlington, Dallas, and Frisco, and the Dallas Sports Commission for their leadership in turning this vision into reality.”

As part of the event, the NFL DRAFT EXPERIENCE PRESENTED BY DANNON® OIKOS® TRIPLE ZERO – a free festival where fans of all teams can participate in football drills, enjoy interactive exhibits and autograph sessions, and take pictures with the Vince Lombardi Trophy – will take over the plazas directly outside the stadium, transforming the area for attendees.

The NFL Draft returns to primetime with Round 1 on Thursday, April 26. Rounds 2 and 3 will feature members of the NFL LEGENDS COMMUNITY as well as to-be-announced special guests on Friday, April 27. Rounds 4-7 will conclude the event on Saturday, April 28.

Round 1 will include incoming prospects walking the red carpet before entering the NFL Draft theater, which will be constructed directly on the field. A portion of the stadium will be opened up for the public to attend. Interested fans can win seated tickets at no cost, and they may also participate in the festivities through the free NFL Draft Experience presented by Oikos Triple Zero. Additional details will be released closer to the event.

The NFL Draft has grown into one of the biggest sporting events of the year. A record-breaking 250,000 fans attended the 2017 NFL Draft in Philadelphia, along with more than 1,800 accredited media who covered it. In total, the event generated more than $94 million in economic impact for the city, surpassing initial projections and supporting an estimated 30,000 local jobs.