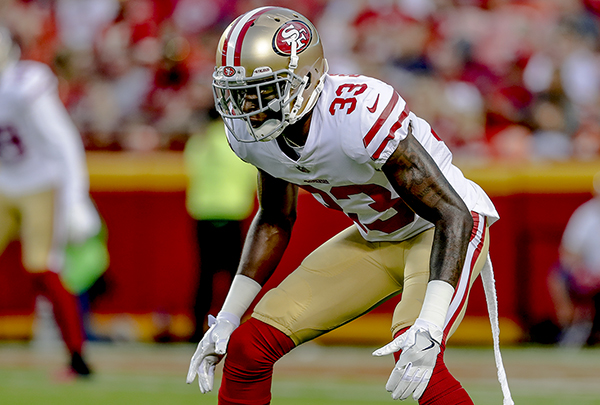 While some Jets fans may be scratching their heads in trying to figure out exactly why Gang Green sent a fifth-round draft choice to the San Francisco 49ers in exchange for penalty-prone cornerback Rashard Robinson, the deal makes perfect sense for a few reasons.

Let’s get what is realistically the least important reason out of the way and address the team’s lack of depth at the position for the very immediate future.

In the concussion protocol or not, the Jets needed to make an effort to replace the currently injured Buster Skrine.  In addition to Skrine, injury-prone Morris Claiborne’s status for Thursday’s game against the Bills is up in the air as he nurses a sore foot.

If Skrine and Claiborne can’t go, the Jets would be one injury away from having to give sixth-round project cornerback Derrick Jones some significant playing time.  That’s not something Todd Bowles is interested in doing at this point in time.  Robinson’s presence adds another body to the rotation.

Now, on to what really matters in regards to making a move for Robinson.

So while Jets fans will have to wait and see if Robinson fulfils his potential, anyone asking why need look no further and wonder no more.  Grabbing a 22-year old cornerback with a great size/speed combo on a team that lacks much established talent at the position makes perfect sense no matter how you slice it.

By Glenn Naughton
Posted on November 1, 2017