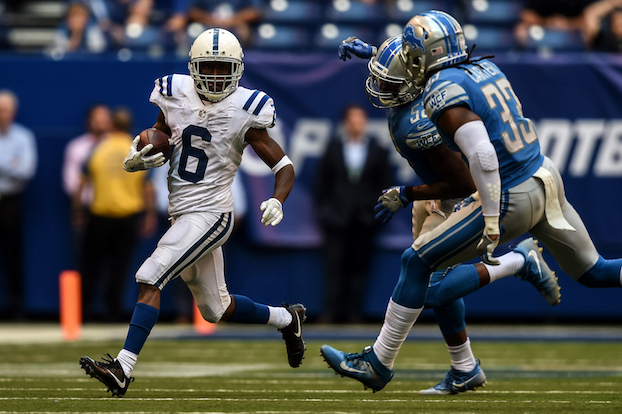 In dire need of depth at the wide receiver position due to an injured Ardarius Stewart and a suspended Jeremy Kerley, the Jets have elevated receiver/return man JoJo Natson from their practice squad to the 53-man roster ahead of their Sunday afternoon meeting with the Tampa Bay Buccaneers.

A diminutive player at just 5′ 7”, Natson was added to the Jets practice squad after being let go by the Indianapolis Colts where he impressed in the pre-season, leading the Colts with 13 receptions.  The Akron product looked to be a lock to make the Colts’ roster before fumbling three times in one game to end the pre-season.

Natson is a shifty receiver with elite speed, having been clocked in the mid 4.4’s.  Natson says he can run a 4.38, a difficult claim to refute when you see him on film.  With the Jets, Natson will likely serve as a return man, but don’t rule him out as a possible playmaker on offense in John Morton’s west coast scheme.  Some expected Jalin Marshall to get the nod, but Natson makes sense at this point.

If the Jets are looking to elevate a WR who can solely return punts, I’d rather see JoJo Natson than Jalin Marshall.

As a return man at Utah State and Akron, Natson returned five punts for touchdowns in three seasons in that role with a 12.6 yards per return average.  To make room for Natson, the Jets waived injured defensive lineman Ed Stinson and added cornerback Michael Hunter to the practice squad to take Natson’s place.