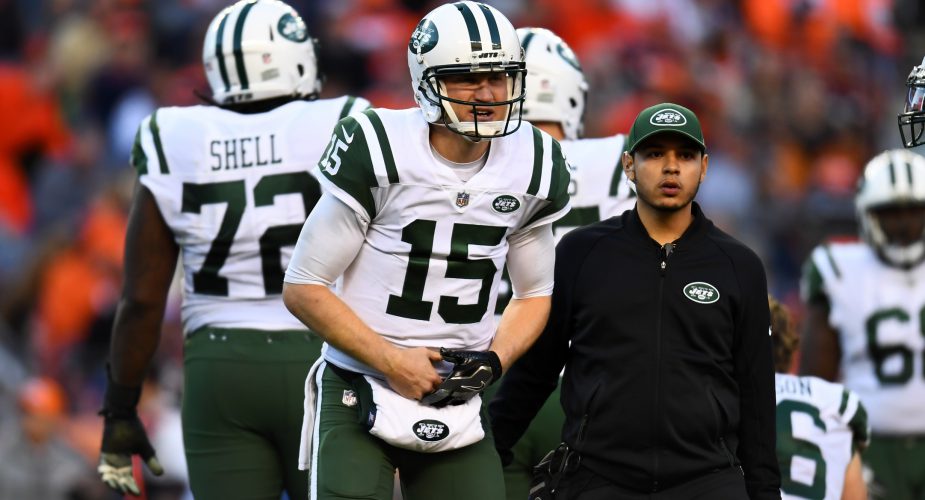 The Jets lost 23 – 0 to the Broncos and Josh McCown left the game twice with injuries. He showed his toughness as he came back on to the field when he was obviously still in pain. The second time he left the field, he was holding his hand and they immediately took an x-ray. After the game Todd Bowles told the media that McCown broke his hand.

Bowles says that Petty will start ahead of Hackenberg if McCown can't play next week. He broke his hand, so…

The team hasn’t announced that McCown is out the rest of the year yet. With a handful of games left, it would seem safe to assume that at 38 years old Josh McCown won’t be starting again this year. If so, the numbers he put up this season far exceeded expectations. He helped with the emergence of the young wide receivers, especially Robby Anderson.

An emotional McCown spoke to the media after the game.

You can read fan reaction in our forums about Josh McCown’s broken hand.