Where has Austin Seferian-Jenkins gone? 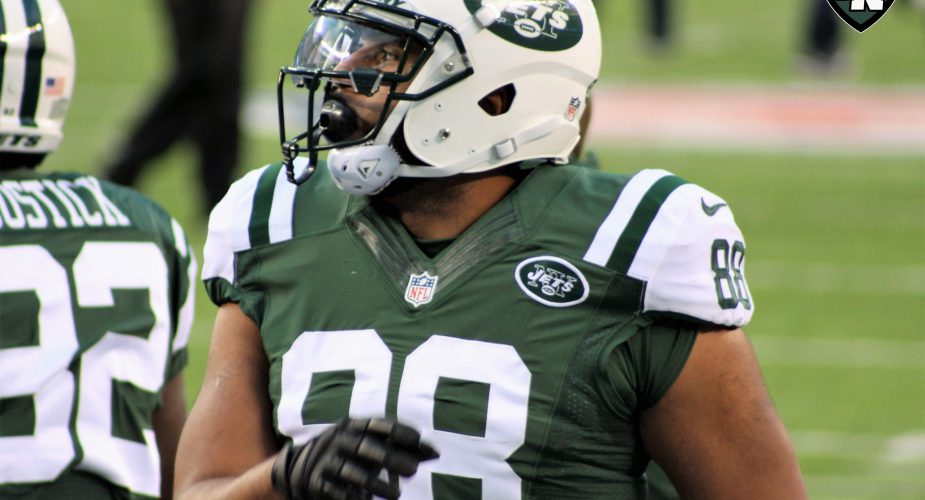 It doesn’t seem like long ago that the Jets twitterverse was overloaded with fans calling for Gang Green to offer tight end Austin Seferian-Jenkins a long-term contract extension as he was producing some solid numbers in the early going of his 2017 season.

After sitting out the season’s first two games, Seferian-Jenkins entered the Jets lineup and made his presence felt immediately.  In his first eight games, the big tight end hauled in 39 catches for 288 yards and 3 touchdowns.  Since then, in his last three contests, Seferian-Jenkins has just five catches for 35 yards and hasn’t found the end zone since week seven.

Why the sudden drop in production?  Well, he hasn’t seen the targets of late that he saw earlier this season.  Prior to week 12, Seferian-Jenkins was targeted fewer than five times just once.  Over the last three contests, that has been the case twice.

Could it be fatigue?  Yes, this is his third year in the league, but due to disciplinary issues and lack of production, over his first two seasons, Seferian-Jenkins played just 214 and 190 snaps respectively.  This season, he’s already at 555.

Whether it’s due to fatigue or design, if Seferian-Jenkins doesn’t find himself making a few plays down the stretch, the fans’ screaming for a new contract could be toned down to a whisper.