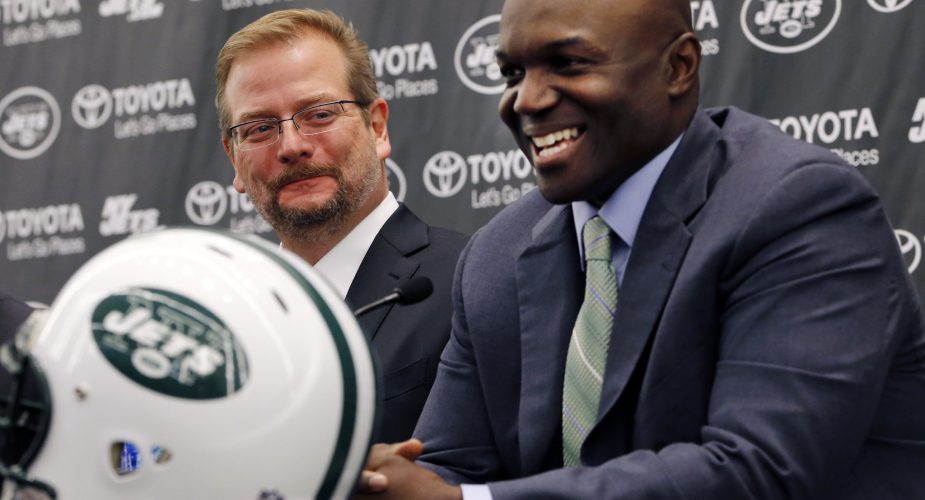 The New York Jets have announced that head coach Todd Bowles and general manager Mike Maccagnan have both received contract extensions. They were both heading into the final year of their contracts, so this ends a lame duck situation before it starts.

“We are very happy to have extended both Mike and Todd.  During their time here, they have worked together to help the organization build a foundation on which to grow,” said Jets CEO Christopher Johnson. “ They are identifying, developing, and getting productivity out of our players.  I believe we are headed in the right direction.  This provides us continuity and stability as we continue to move this team towards sustained success.   We still have a lot of work to do and I am excited to work closely with both of them as we move forward.”

Todd Bowles added this during his press conference.

Business as usual. We are trying to win a game on Sunday and then we will get ready for next year.

Everyone is on the same page and we are going-forward.

Connor Hughes is reporting that this is a two-year contract extension for Macc and Bowles.

2-year extension for Bowles & Maccagnan. Under contract through 2020. https://t.co/z5cXtUtLJW

You can read more about this and see fan reaction in our NY Jets message board.