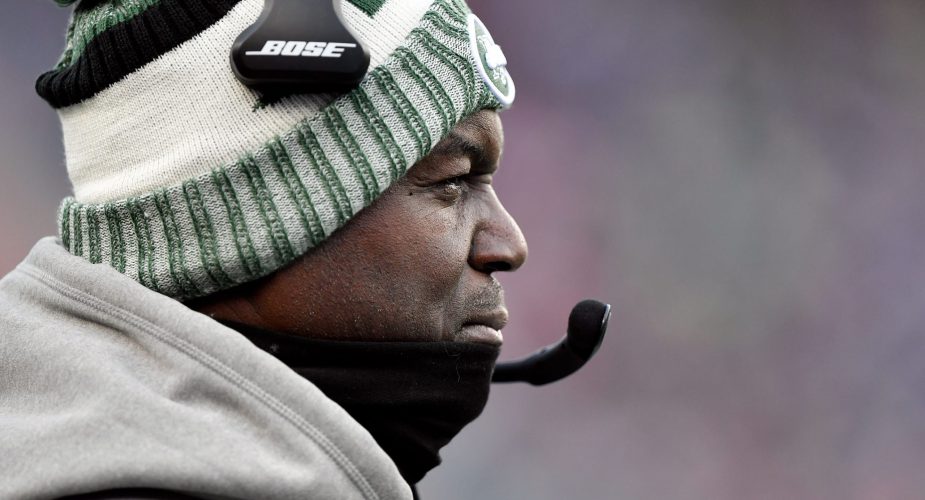 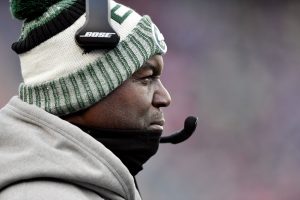 Todd Bowles spoke to the media on Monday, for his year-end press conference. Several media members seemed upset that they weren’t going to be allowed to speak to Josh McCown. The Jets are probably trying to avoid a Ryan Fitzpatrick like situation from a few years ago. Bowles said Fitz was his starter even though he wasn’t under contract for the following season. Bowles was asked several times to clarify why McCown wasn’t available to speak.

We had a policy at the beginning of the year for ourselves that our IR guys will not talk to the media. He is on IR, he’s like everybody else.

Our IR guys won’t (talk). That’s the rule we have. They don’t really need to talk to the media because they have nothing to say being on IR.

Here is a recap of the press conference.

Message to the Team

It’s just a no-excuse business. You win games or you don’t. It’s not 5-11 but you played a couple of games close. It’s not so-and-so got hurt or so-and-so wasn’t here. You win in spite of, and that’s the only thing I was trying to convey going into the offseason.

Josh McCown; Does he want to return to the team?

It’s contingent on a lot of things. Me and Josh talk all the time. I understand he has to talk to his family. He’s played a long time in this league. He had a great season. There are decisions he has to make and decisions we have to make, and we have to see if his (decisions) meet ours.

John Morton is rumored to be part of Jon Gruden’s coaching staff, if Gruden is hired by the Raiders

Todd Bowles said that he hasn’t discussed it with Morton, but he will be speaking with all of his coaches over the next few days.

I don’t deal in rumors. Until somebody talks to me worth something, I’ll go from there.

Right now it’s status quo. We’ll meet upstairs and see what the best options are available going forward and go from there. I don’t know if he’s going to be released or not released but we haven’t had those discussions yet. There’s a lot that can happen in the spring.

Todd Bowles was asked how involved in the offense he is?

He plans on being more involved with the offense next year.

Just me growing as a coach and letting more of the defense go. It’s not so much the play-calling. It’s just the management parts of the game where you want to keep it balanced and you want to keep offense working with defense and defense working with offense. Sometimes the defense may go on a tangent or the offense may go on a tangent and you have to step in and say, “This is what we have to do to win the ball game. We have to do X, Y and Z compared to this over here.” That will limit some things from that standpoint, but it is never about play-calling.

I’m not sure when he’ll be able to do football activities, but he looks healthier. Again, I haven’t seen him workout or run or turn or anything, but he says that he’s doing great and I just look forward to him getting back.

Does Bowles think they need a designated returner. I probably do. I would still like to have 1 who does other things because it saves a roster spot but at the same time you cant put the ball on the ground. If we can get an elite guy who can return kicks & i'm hoping to have that.