When General Manager Mike Maccagnan and Head Coach Todd Bowles took the helm for Woody Johnson’s Jets three seasons ago, they were taking over what was arguably the least talented roster in the NFL.  A wild spending spree and career year from quarterback Ryan Fitzpatrick had the Jets knocking on the door of the playoffs after a 10-6 finish in year one.

After bringing Fitzpatrick back to try to catch lighting in a bottle, the wheels fell off as several veterans, primarily Fitzpatrick, didn’t play anywhere near as well as expected, so a tear down and re-build commenced this past off-season when Fitzpatrick, Darrelle Revis, Brandon Marshall, Eric Decker, David Harris and Nick Mangold were sent packing. 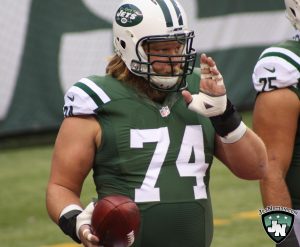 Nick Mangold was one of many veterans let go as Mike Maccagnan started the team’s rebuild.

The result was a largely inexperienced roster that some predicted would lead the Jets to a winless 2017 with few prognosticators predicting more than a couple of wins.  Well, the season has come to a close and a young Jets roster finished at 5-11 and were far more competitive against several top teams than anyone expected.

As year two of the Jets re-build begins, let’s take a look at what we know now, and what the Jets should be looking to do moving forward. 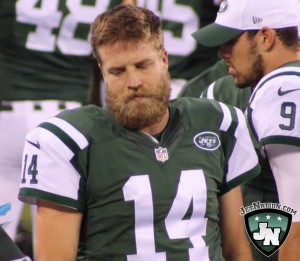 The days of short-term band-aid quarterbacks has to come to an end this off-season.

Given their draft slot and salary cap situation, the Jets are in position to go from 5-11 to instant playoff contender if Mike Maccagnan can finally find an answer at quarterback and fill some other holes in free agency, allowing the Jets more flexibility when the draft rolls around.

Year one saw the Jets outperform the pundit’s predictions.  Now Jets fans will head in to 2018 hoping Gang Green can double their win total in year two to earn their first playoff berth since 2010.