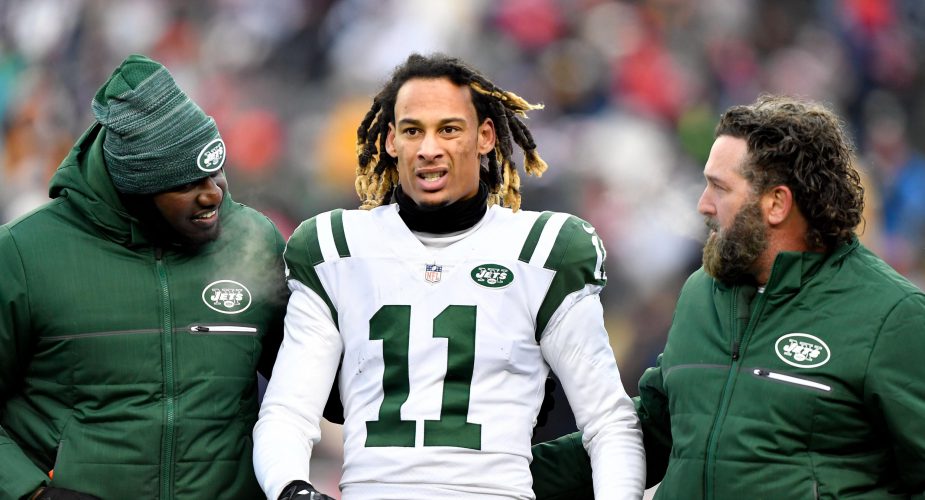 Several sources are reporting that NY Jets wide receiver Robby Anderson has been arrested in Florida.

Jets receiver Robby Anderson was arrested for a second time in Florida on Friday morning, a Miami radio station reported.

According to the report, the most serious of nine charges against Anderson are: harm to a public servant/family, reckless driving, eluding police, and resisting arrest, fleeing while lights/siren active, failure to drive in a single lane, two counts of disobeying a red light, speeding and turning without a signal. According to the radio station, Anderson was going 105 miles per hour in a 45 miles per hour zone. After he ran two red lights and finally stopped, Anderson allegedly threatened to find and sexually assault the arresting officer’s wife.

The Broward County Sheriff’s Department has all of the charges listed on their website.

#Jets team spokesperson on Robby Anderson: "We are aware of the situation. This is a pending legal matter and we will have no further comment."

Visit our forums to read more about Robby Anderson’s arrest.