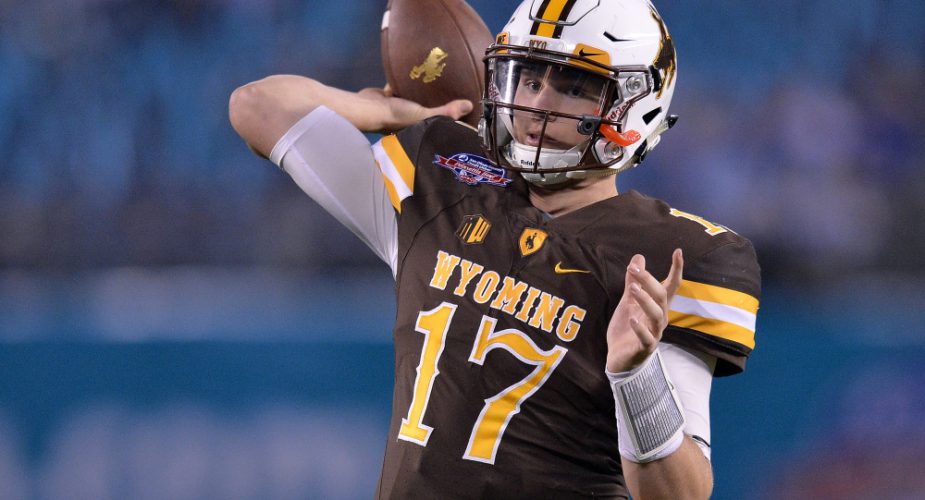 As the NFL draft draws nearer, the continuous flow of mock drafts and prospect analysis is only likely to intensify as fans and experts alike, line up to have their opinions heard.  At this point in time, it seems no single player has a wider ranging set of opinions than Wyoming quarterback Josh Allen.

Tossed aside by countless fans due to his paltry 56% completion percentage during his time in Wyoming, professional (and some of the  most respected) analysts continue to speak of Allen as one of the top prospects in this class based on a skill set that few NFL quarterbacks can rival.

You can now add NFL network’s Mike Mayock to the list of those who see huge upside in taking a 6′ 4” quarterback with excellent mobility and arm strength that would rival any current NFL quarterback.  It’s that skill set that landed Allen in the number two spot among QB’s behind USC’s Sam Darnold in Mayock’s eyes.

Despite the naysayers, here’s where some other prominent draftniks have Allen going in their mock drafts.

One interesting note on the Allen forecasts is that several observers putting together their own mock drafts at NFL.com have him going well after sixth overall.  Do they have some inside info that the “outsiders” don’t?  In fact, outside of Lance Zierlien and Chad Reuter, who both have Allen going to the Jets at six, no other mock has him going before the 11th pick (Daniel Jeremiah) with Charlie Casserly tabbing him as late as fifteenth to the Arizona Cardinals.

In looking at a total of ten mock drafts, no team is projected to take Allen more frequently than the Jets, who show up four times as the big QB’s destination.