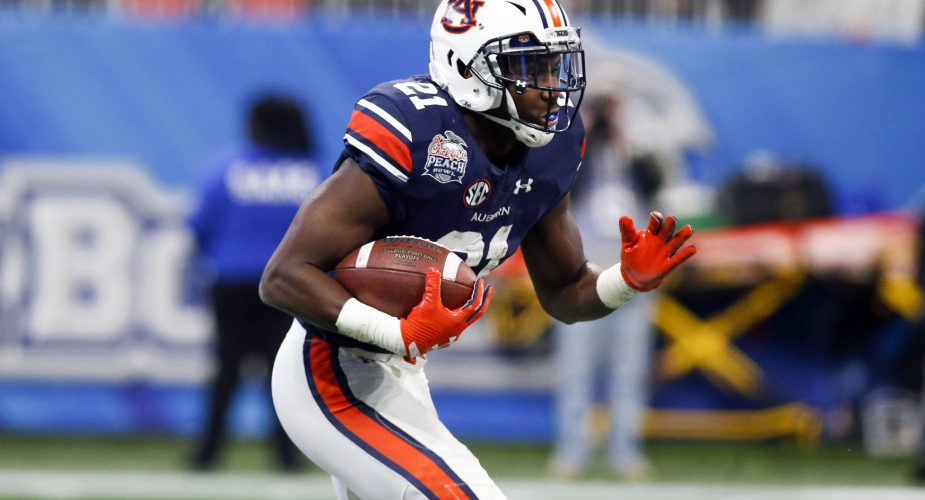 It’s going to be an eventful off-season for Mike Maccagnan and the New York Jets as they look at entering the NFL draft with 3 picks in the top 50 (6,37,49) while free agency with what should be close to $100 million in cap space.  The team has already acknowledged the obvious in saying they expect to be active in free agency where positions such as QB, CB1, C and WR will almost certainly be addressed.

With the team’s most critical needs and ample cap space, it would be foolish to do a mock draft without assuming some needs will be filled via free agency.  So while we won’t try to predict which players will be signed in free agency, we’re going to assume CB1 or CB2, C, WR and QB will be addressed.

In the event the QB position is addressed with Kirk Cousins, there will be no need for a QB in round 1.  If it’s not Cousins, you may not be able to rule out a QB with their first round pick.  With that in mind, we’ll offer a first round pick with Cousins signed, and one if he signs elsewhere.

EDGE Bradley Chubb, NC State: It’s entirely possible Chubb goes to the Colts with the third pick, but with the Jets having a QB locked up, somebody trades up ahead of the Broncos in to that spot to grab a signal caller.  If the Colts stay put and take Chubb, the Jets should look to trade down or grab the best player on their board, likely Notre Dame guard Quenton Nelson or Alabama cornerback Minkah Fitzpatrick.

Round 1 (6th overall) w/o Cousins signed

QB Baker Mayfield, Oklahoma: Tossing aside concerns about his height, the Jets grab college football’s most accurate QB who is one of the more polarizing players in this draft.  Jeremy Bates becomes the most important person in the building at 1 Jets drive as he tries to help Mayfield make the transition from college to the NFL.

CB Donte Jackson, LSU: The Jets pair a free agent CB with one of the top corners in the draft in Jackson.  Remember, this is a pre-combine prediction.  A strong combine showing could have Jackson gone well before this pick when the time comes.

OT Brian O’ Neill, Pitt: Jets guard James Carpenter struggled mightily last season and is unlikely to play any better under Jeremy Bates who is expected to install a scheme that relies heavily on zone blocking, which is an admitted weak area for Carpenter.  O’ Neill can spend a season or two at guard before kicking outside to left tackle when Kelvin Beachum is gone.  If the Jets don’t grab a future left tackle early on, Brandon Parker could be a mid-round option.

RB Kerryon Johnson, Auburn: Currently projected to go anywhere from round 1 to round three, Johnson should be snapped up by Gang Green if he’s still on the board at this point.  If he’s gone, this is a deep enough class that Mike Maccagnan can grab the best back on the board and come away with a good player.

WR Marcel Ateman, Oklahoma State: With so much uncertainty surrounding Robby Anderson and Qunicy Enunwa, the Jets may want to grab a couple of receivers this off-season.  Ateman is a big target at 6′ 4” who attacks the ball and could be an immediate asset in the red zone.

TE Ryan Izzo, FSU: It’s about time the Jets add a multi-dimensional tight end.  Izzo isn’t a game-breaker on offense, but he’s a solid receiver with the tenacity and size to be a quality blocker.  If Austin Seferian-Jenkins doesn’t return, tight end becomes that much more of a need.

CB Danny Johnson, Southern: Johnson has the ability to become a quality slot corner in the NFL.  In his time at Southern, Johnson also returned kicks and punts, averaging 23.0 and 15.2 yards per return respectively.  This could give the Jets a key special teams contributor from day one in the sixth round.

OL Cole Madison, Washington State: Madison has a high motor solid tools to be a quality zone blocker but will need to get stronger.

With the internet mock drafts piling up, now we sit and wait for risers and fallers based on combine results, media buzz and league smoke screens.