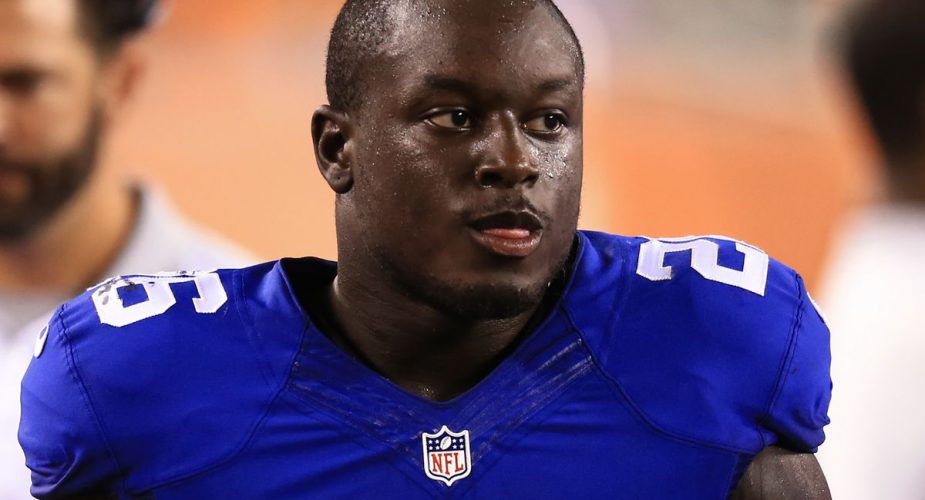 The NFL combine is under way and of course that means rumors of trades, draft targets and free agent interest will be an ongoing occurrence for the Jets and every other team in the NFL.

One rumor making the rounds at the moment appears to be Gang Green’s interest in former Giants running back Orleans Darkwa.

The Star Ledger’s Connor Hughes claims that an unnamed source has confirmed that the Jets are in fact interested in the 6′ 210 lb Darkwa who ran for a career high 751 yards for the Giants last season after assuming the starting role in week five.

Darkwa’s 751 yards at 4.4 yards per carry to go along with 5 touchdowns is impressive enough for a player with just 11 starts, but considering the sad state of the Giants offensive line makes it that much more eye-opening.  Without a power back on the roster, Darkwa would make sense.