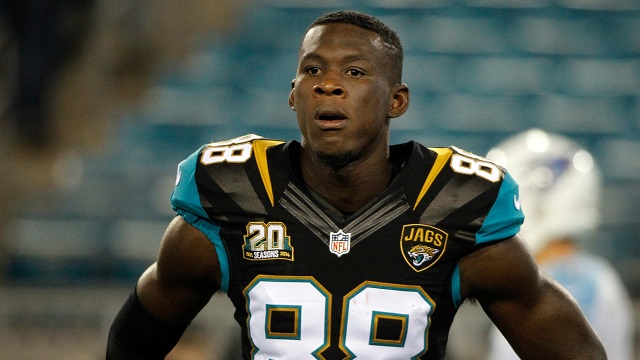 The Jets pursuit of free agent wide receiver Allen Hurns seems to have hit a snag, and for once, even some of the team’s most negative fans might have a hard time pinning this one on the front office.

Scheduled to come in to meet with Gang Green just days after being released by the Jacksonville Jaguars, wide receiver Allen Hurns has had to postpone his trip to Florham Park with up to fifteen inches of snow being forecast in the coming days.

UPDATE: I’m told WR Allen Hurns is now scheduled to visit the #Cowboys Wednesday morning with snow on its way to NYC. https://t.co/AoxM7MfpEq

With his trip to the Jets on hold, Hurns will instead visit Jerry Jones and the Dallas Cowboys, who could used Hurns’ services just as much as the Jets.  The Cowboys, however, currently have just $1.4 million in cap space, whereas the Jets are sitting on roughly $34 million.  Even after visiting the Cowboys, Hurns may still want to pay the Jets a visit before agreeing to any deal with Dallas to compare any offers.

A four-year veteran, Hurns is just two years removed from a season in which he hauled in 64 passes for 1,031 yards and 10 touchdowns.  Injuries have limited Hurns to just 21 games (19) starts since his breakout season in 2015, but his presence would still bolster a Jets receiving corps that currently has more questions than answers.