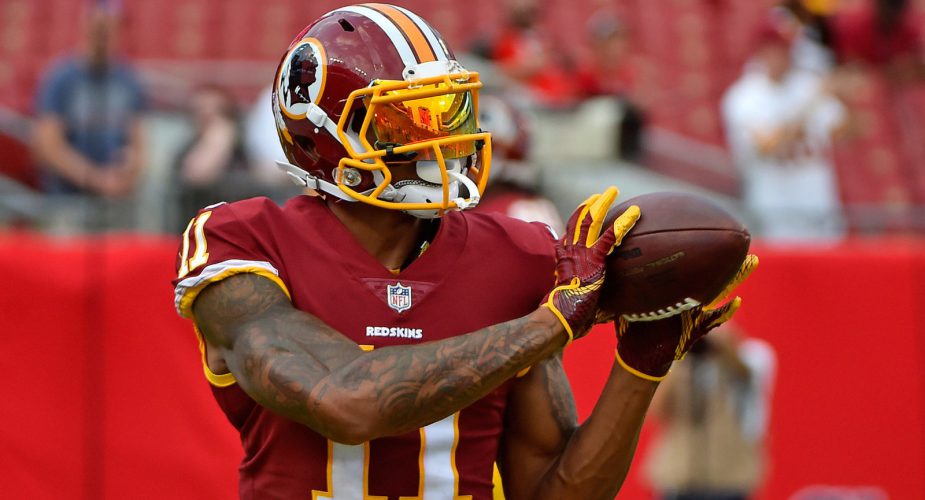 Earlier tonight Ian Rapoport reported that the Jets were close to a deal with free agent wide receiver Terrelle Pryor. Multiple sources have confirmed that the Jets and Pryor have agreed to terms.

Free agent WR Terrelle Pryor is closing in on a deal with the #Jets, sources say. They are hammering out final details & should be done tonight. NYJ continues to rework its WRs room with Pryor, formerly of the #Browns and #Redskins.

Source confirms the Jets and WR Terrelle Pryor have agreed to a deal, as @calvinwatkins reported. Jets wanted to add competition in the WR corps. They just did. Will be interesting if he can regain 2016 form if healthy again #NYJ

Pryor is a very interesting story. He was the starting quarterback for Ohio State, and was drafted by the Raiders, as a quarterback, in the 3rd round of the 2011 NFL Supplemental Draft. He never had success as a quarterback and he bounced around the league his first few years, also spending time with the Seahawks, Chiefs and Bengals. In 2015 he decided that it was time to switch positions and he became a wide receiver. In 2016 he had over 1,000 yards and seemed to be emerging. Last year with the Redskins he battled an ankle injury before undergoing arthroscopic surgery, he was place on I.R. in November.

You can read more in our forums and see what fans are saying about the Jets signing Terrelle Pryor.