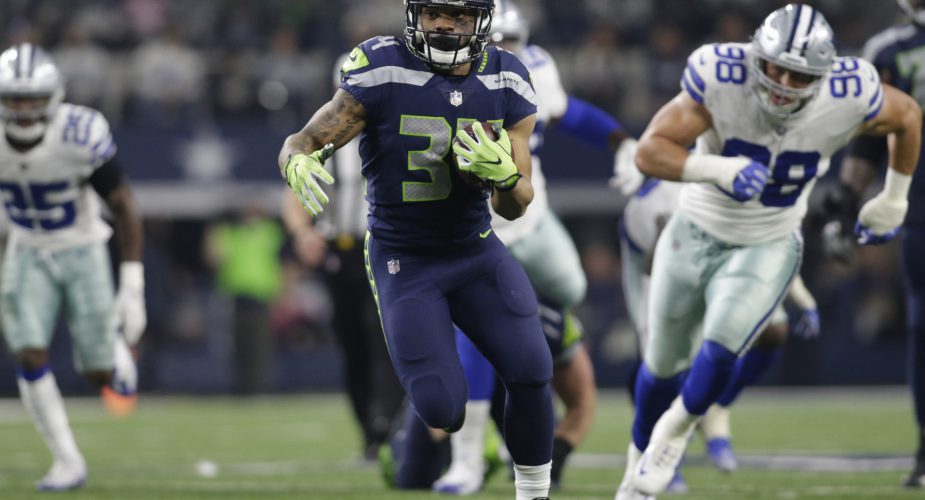 The New York Jets have announced that they have signed running back Thomas Rawls.

Rawls originally entered the NFL as an undrafted free agent in 2015 with the Seahawks. In three seasons with the ‘Hawks, he totaled 1,336 yards and seven touchdowns on 314 carries for an average of 4.3 yards per carry. The 5’9”, 215-pounder also recorded 31 receptions for 266 yards and one score. The fourth-year veteran has started in 17 of his 34 games.

In Rawls’ rookie season, he primarily served as a rotational back behind Fred Jackon and Marshawn Lynch, but slid into a starting role when Lynch missed time with an abdomen injury. Rawls rushed for 104 yards on 16 carries in his first start and later broke the Seahawks’ rookie record for rushing yards in a single game with 209. The 24-year-old missed significant time in 2016 with a fractured fibula, but set a franchise postseason rookie record with 161 rushing yards against the Lions in the NFC Wild Card Round.

Jordan Schulz provides a little more insight and calls this a “low risk” signing for the Jets. As it stands right now, Rawls will be competing for snaps with Isaiah Crowell, Bilal Powell and Elijah McGuire.

Thomas Rawls led the NFL with a 5.6 yards per carry average as a rookie. The #Seahawks however, struggled with his inability to read running lanes. Not a patient runner, but nevertheless a low risk signing for the #Jets after Matt Forte retired. Rawls is only 24 years old. https://t.co/uyjzP8dIAC

Check our forums to see the fan reaction, and to learn more about Thomas Rawls to the Jets.