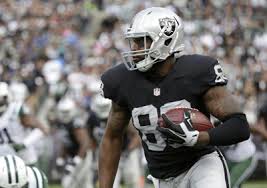 Taking the opportunity to address one of their needs prior to the draft, the Jets have reportedly claimed former Raiders tight end Clive Walford.

The news came from NFL insider Adam Schefter, whoo says Gang Green claimed the 6′ 4” Florida native who was let go in a house cleaning that appears to be under way since the arrival of new Raiders head coach John Gruden.

Walford struggled last season as he was limited to just nine receptions for 80 yards but was more productive in his previous two seasons when he caught 61 passes for 688 yards and 6 touchdowns.