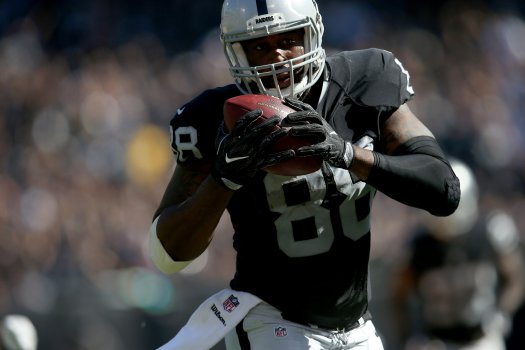 In a move that may seem on the surface to be the addition of a marginal free agent tight end who was cut loose by his previous team, the Oakland Raiders, the addition of tight end Clive Walford helps the Jets in more ways than Just one.

First, there’s the obvious in that the Jets don’t have an established multi-dimensional tight end on the roster.  Yes, Eric Tomlinson can block, but he has yet to prove himself as a receiver.  Gang Green is reportedly high on second-year tight end Jordan Leggett, who missed all of last season due to injury, and Neal Sterling flashed late in the season, but both are viewed as one-dimensional pass catchers.  Walford brings a bit of both.

In adding Walford, the Jets get a 6′ 5” target for whoever it is they take at quarterback with the third overall pick who can block well enough to be a three down player and valuable red zone asset. An invisible man in the Raiders offense last season, Walford posted 61 catches for 688 yards and 6 touchdowns through his first two seasons with the Raiders.  If he shows up ready to play, it’s hard to envision him failing to make the Jets final roster.

As far as we can tell, the Jets have spent little to  no time stalking tight ends in the free agent market, meaning they were willing to go to war with the players they have, or that they were going to target a tight end in the draft.  With so few picks at their disposal, adding Walford could be a move that saves the a mid-round pick to use on a more pressing need now that they’ve claimed the former Miami Hurricane.

In looking at Walford’s production when featured in the Raiders offense and his ability to block, it’s fair to assume the Jets made an upgrade at the position over last year’s starter, Austin Sefeian-Jenkins.  The Jets took some heat for playing hard ball with Seferian-Jenkins this off-season, but now they’ve found a more established player for a fraction of the price ($1.9 million vs $5 million in ’18)

Nothing fancy here. Walford runs right up the seam and out-jumps the LBer in coverage for a game tying TD. pic.twitter.com/3nVVhO9OIN

So with the draft just weeks away, the Jets add a tight end who offers an upgrade over last season at a lower price and fills a need that is now less likely to cost the team a draft pick in April while giving their future quarterback another target.

If, in the end, Walford doesn’t stick on the 53-man roster, it just means the other tight ends on the roster have stepped up their game, allowing the team to move on with a cap hit of zero dollars.  This one is a win in every way.