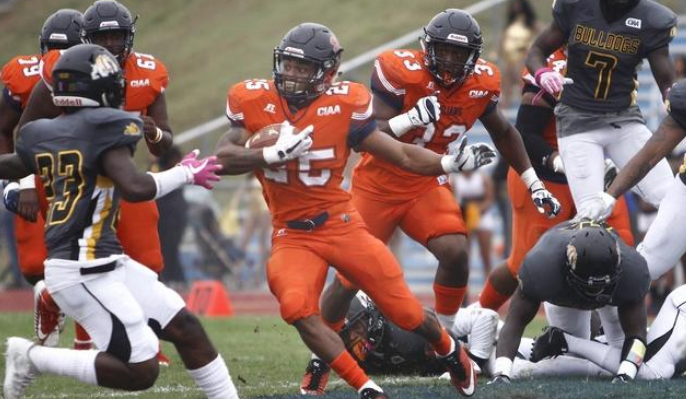 With their third of three sixth round picks, the Jets have selected Virginia State running back Trenton Cannon.  An explosive change of pace back, Cannon runs in the 4.4 range and returned three kicks for touchdowns during his collegiate career.

His profile per NFL.com:

Tremendously explosive change-of-pace runner who will need to live in the cafeteria and the weight room early on to help build his frame up to NFL standards. Cannon has juice for days and that big-play ability in space will be very appealing to teams as a likely undrafted free agent. Cannon can catch it and has a history of handling kick return duties when needed so that may be enough to help him find a practice squad this season.