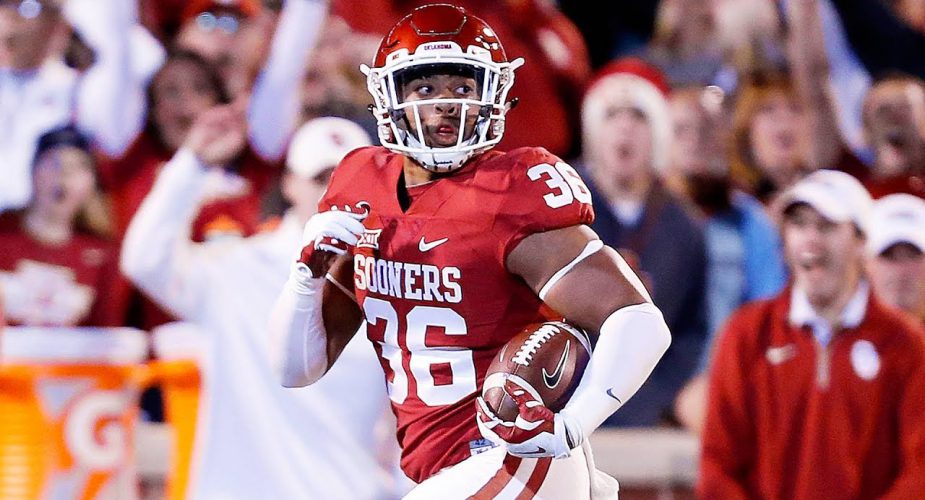 Once the NFL draft came to a conclusion, names of those undrafted free agents signing with their respective teams came pouring in and the Jets were no different.  One name after the other with some confirmed by the players themselves, and others not confirmed at all.  In looking at those players added to Gang Green’s list, one that stood out was that of Oklahoma fullback Dimitri Flowers.

Listed among the best undrafted players available by insidethepylon.com, Flowers was graded as being anywhere from a fourth round to sixth round prospect.  Bleacher Report’s Matt Miller had Flowers going in round five while NFL.com graded him out as a fifth or sixth round choice.  In the end, one of the draft’s fop fullbacks went unchosen before landing at 1 Jets Drive.

In Flowers, the Jets have a 6′ 2” 248 fullback who can do a decent job of running the ball when asked, but who can also be an asset in the passing game as a part of Jeremy Bates’ west coast offense.

As a member of the Sooners in 2017, Flowers hauled in 26 passes for 464 yards, meaning an impressive average of 17.8 yards per reception to go along with 5 receiving touchdowns.  In his only college start at tailback with Oklahoma, Flowers carried the ball 22 times for 115 yards and a receiving touchdown.  For his career, Flowers hauled in 54 balls for 886 yards and 13 scores.

With the only other fullback on the roster being Lawrence Thomas, don’t be surprised if Flowers finds a way not only to stick with Gang Green, but to earn steady playing time as a reliable outlet option for new quarterback Sam Darnold.