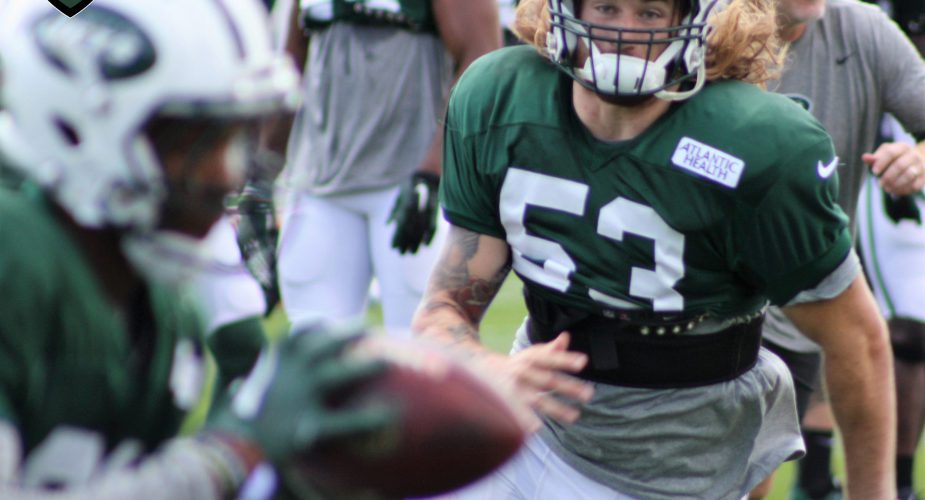 It’s been a long off-season for Jets outside linebacker Dylan Donahue, and once it comes to a close and the pads come on, the results had better follow along with his relentless motor, or he could be out of a job.

As a mid-round draft prospect out of little-know West Georgia in 2017, Donahue was always going to have an uphill battle to crack the Jets’ 53-man roster and find a way to make an impact, but he had a couple of things working to his advantage when last season kicked off.

First and foremost, he happens to play a position that has been a gaping hole for the New York Jets for over a decade as an edge rushing outside linebacker.  Secondly, he clearly had a huge fan in Hall of Fame linebacker Kevin Greene, who also happens to coach the position for Todd Bowles. 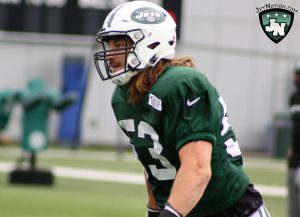 During training camp last season, the two were inseparable.  If Donahue wasn’t on the practice field playing with his hair on fire, he was standing side by side with Greene, whose wealth of knowledge could only benefit such a young player who was making the adjustment from a D II school, to the NFL.

Now, after an injury-shortened rookie season that limited Donahue to a mere 53 snaps, what little he had going for him may not count for much after some boneheaded decision-making on his own part.  Earlier this off-season, Donahue was arrested for driving the wrong way into the Lincoln Tunnel while under the influence of alcohol.  Then we learned that it was Donahue’s second incident involving drunk driving since being drafted just over a year ago.

While it would be difficult to argue with those who feel Donahue should be let go for his off-field transgressions, arguing that the Jets should cut ties based on Donahue’s lack of production is short-sighted to say the least.

After all, how much can a player who is making the D II to the NFL jump be expected to do in just 53 snaps?  That’s less than one full game worth of action, and in that time, we did see Donahue come away with a few quarterback pressures, while showing he can get some push versus much larger offensive linemen.

Dylan Donahue (49) giving up roughly 70 lbs to LT Laramy Tunsil (67), drives him back into the pocket, Cutler has to rush his throw, incomplete pass. pic.twitter.com/gEKOhLoME8

Such a small sample size makes it literally impossible to draw any conclusions as to how good Donahue is or could be, but dismissing him out of hand would make little sense as well.

After his highly publicized run-ins with the law, Donahue has leaned on former Jets tight end Austin Seferian-Jenkins for advice according to Manish Mehta of the New York Daily News.

If the alcohol problems are in fact a thing of the past, clean and sober is a good thing, but it won’t be enough on its own to make this roster again.  It’s going to take a commitment to football combined with the effort he showed last season, and most importantly, the results have to follow.