Doubters Continue to Miss the Mark on Jets Offense 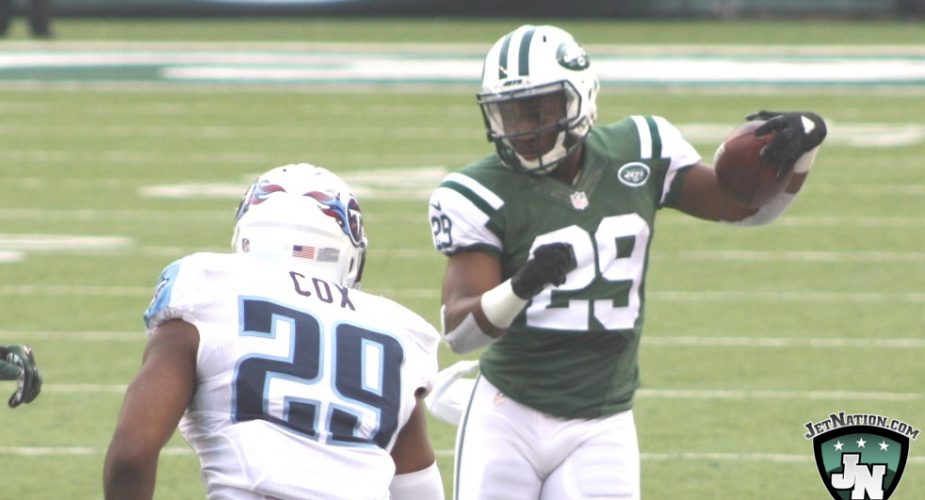 Just when you thought the only people who used video game ratings to grade an NFL team’s talent were fringe lunatics who may need to get outside a bit more, Bill Barnwell of ESPN emerges.

In a piece that purportedly took a look at every team’s offensive weapons and graded them from 1-32, Barnwell shows himself to be either grossly misinformed, or wilfully ignorant.

Barnwell’s “assessment” that placed the Jets dead last in the NFL went as follows:

Former undrafted free-agent wide receiver Robby Anderson leads the way, but the secondary targets are low-ceiling veterans such as Jermaine Kearse and Terrelle Pryor. General manager Mike Maccagnan let Austin Seferian-Jenkins leave, but the duo of former Raiders backup Clive Walford and fourth-round pick Chris Herndon form the majority of one of the league’s worst tight end depth charts. The move to spend $4 million per year on anonymous Browns back Isaiah Crowell doesn’t move the needle. The Jets will be investing in skill-position talent next offseason.

So Barnwell starts his analysis by pointing out the obvious, that Robby Anderson “leads the way”, but throws in the fact that Anderson is an undrafted free agent, as if that has any impact on how well he’ll play three years after the fact.  So in analyzing the offense, it’s important to mention the fact that Anderson wasn’t drafted, but no need to mention the fact that no wide receiver in the NFL had more touchdowns on receptions greater than 20 yards than Anderson in 2017.  Not DeAndre Hopkins, not Julio Jones, not Tyreek Hill, but Robby Anderson. This is only the beginning of the “analysis”.

Barnwell follows up by saying the secondary targets are “low-ceiling”, while not even naming the most complete receiver on the roster in Quincy Enunwa.  The incredibly physical Enunwa, who runs a 4.45 40 and led all NFL receivers in catch rate on passes over 20 yards in 2016 doesn’t isn’t mentioned as coming back for an injury or being in a new offense, he just doesn’t get mentioned at all, as if he’s not even on the roster.  Hard hitting stuff, right there.

We then see Jermaine Kearse and Terrelle Pryor listed among the “low-ceiling” receivers who are one half of the four receivers the Jets have on the roster who have posted at least 800 yards at least one time over the course of the past two seasons.  Something that no other team in the NFL can claim.  And of course, I’m sure many teams would hate the idea of being stuck with an under 30 year old receiver coming off of a season in which he put up over 800 yards and 5 TD’s.

Barnwell also calls the Jets tight end group the worst in the NFL, but at least that’s based on something, as the level of inexperience is notable to say the least.

Then, as if leaving out Enunwa wasn’t enough, Barnwell glosses over the fact that the Jets have Bilal Powell in their backfield, a running back who has average 4.8 yards per carry over the past two years while hauling in 71 receptions for 558 yards and a pair of touchdowns.  In all, Powell has stacked up 2,052 yards from scrimmage and 10 touchdowns over the past two years.  Clearly not worth a mention in evaluating the team’s offensive weapons.

It’s not uncommon for writers on the national level to be unfamiliar with a team’s personnel on either side of the ball, but if that’s the case, there’s no point in evaluating the rosters of all 32 teams.  Just pick the three or four teams you know, and write about them instead.