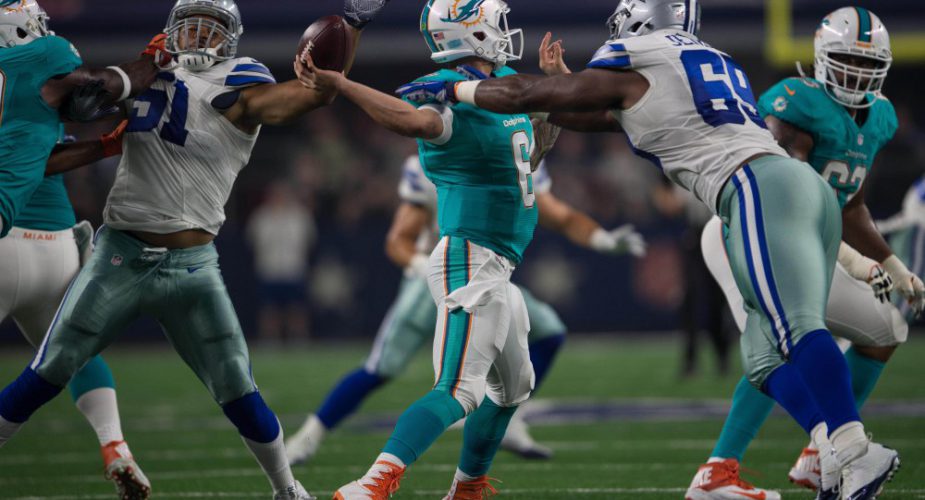 With no proven pass rusher on their 90-man roster, the Jets are taking a look at another project at the position according to Ian Rapoport of the NFL network.

Former #Seahawks DE Shaneil Jenkins has signed with the #Jets, per @seanstellato. He’s also spent time with the #Cowboys.

The Jets have reportedly signed DE/OLB Shaneil Jenkins who had brief stints with the Cowboys and Seahawks.  A highly productive small school prospect, Jenkins racked up 27 sacks and 41.5 tackles for loss in his time at Shepherd University.

Jenkins put himself on NFL radars with a strong showing at West Virginia’s pro day according to Gil Brandt of NFL.com who had this to say following Jenkins’ workout:

While West Virginia possesses a good number of quality prospects, a small-school player from Shepherd might have made the biggest impression on scouts.

Shepherd defensive end Shaneil Jenkins — 6-foot-2 7/8, 281 pounds — ran the 40-yard dash in 4.78 and 4.86 seconds. He had a 20-yard short shuttle time of 4.5 seconds. He did the three-cone drill in 7.25 seconds. He performed 24 reps of 225 pounds on the bench press. Jenkins is described as looking the part; he’s got a great physique. He was very impressive in his pro-day workout, showing quickness.

Only four teams showed up at Shepherd’s pro day on March 31, so Jenkins took it upon himself to perform a workout in front of a larger audience of NFL scouts at West Virginia’s pro day, and it might have earned him a low-round draft slot. He should at least be a priority free-agent pickup for a team following the NFL draft.

Just another “camp body” at this point, the Jets lack of pass rushers make it impossible to rule out any of the linebackers currently on the roster finding a way to stick after final cuts.