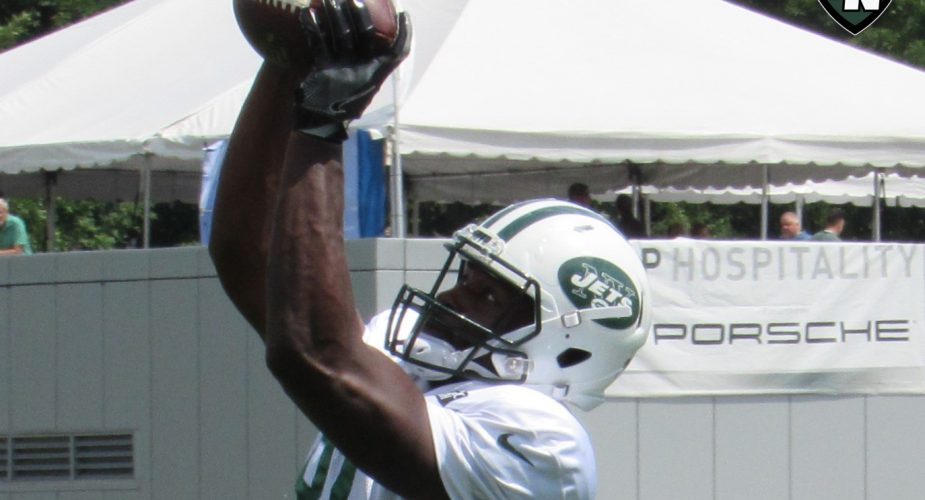 Yes, it was an odd phenomenon this off-season as more Jets fans than one might expect, criticized the organization for failing to secure the services of departed tight end Austin Seferian-Jenkins.  Despite dropping as many touchdowns as he caught (3) and averaging a meager 7.1 yards per reception, there were some doubters who questioned the wisdom of allowing Seferian-Jenkins to walk.  It was as if so many years without any production from the position had convinced Jets fans that Seferian-Jenkins was a big-time player in 2017.  He was not.

While replacing Seferian-Jenkins’ 357 yards and 3 touchdowns should be viewed as a relatively easy task, surpassing those numbers by a wide margin wouldn’t come as much of a surprise if yesterday’s practice session was any indication as to what the Jets will get from the position moving forward.

Yes, it’s early.  Far too early to make any bold predictions about exact numbers, but the skill sets on display from multiple tight ends not only yesterday, but through the first three days of camp, has been highly encouraging.

Thus far, the best players in the group would have to be rookie Chris Herndon and little-used Neal Sterling, both of whom look extremely smooth in and out of their routes and while moving with the ball in their hands.  This should come as little surprise as Herndon was among the nation’s top tight ends in yards after the catch in 2017, and Herndon is a converted wide receiver.  Not that it’s much of a statement, but both players look to be far better blockers than Seferian-Jenkins was as well.

Speaking of blocking, the Jets’ best blocking tight end, Eric Tomlinson, also had himself a nice day yesterday, coming away with a few long gainers during team periods. 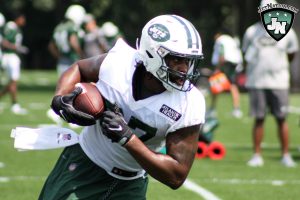 Despite being the most productive pro tight end on the roster, Clive Walford may have quite a fight on his hands for a roster spot.

It’s been the athleticism of Herndon and Sterling however that has really jumped out at 1 Jets drive with Herndon making what could be the best catch of camp to this point just two days ago.  During a team red zone period, Josh McCown fired a ball toward the front left corner of the end zone.  Despite tight coverage and the ball appearing to be out of reach, Herndon laid out and made a one-handed catch that the nearby official ruled a touchdown.

Meanwhile, Sterling made a fantastic play of his own yesterday on the penultimate play of the session.  Again in the red zone, and again from McCown.  This time, McCown dropped back in the pocket and threw a dart between two defenders and hit Sterling in the numbers before one defender laid a solid hit on Sterling who absorbed the blow, fell to the ground and held on for the score.

There has been a fair amount of optimism surrounding the Jets group of wide receivers with Robby Anderson, Quincy Enunwa, Jermaine Kearse, Terrelle Pryor and the emerging Chad Hansen, but tight end was a huge question mark as camp opened up.  If the first few days are any indicator, it looks like the Jets could have a couple of pretty good answers.