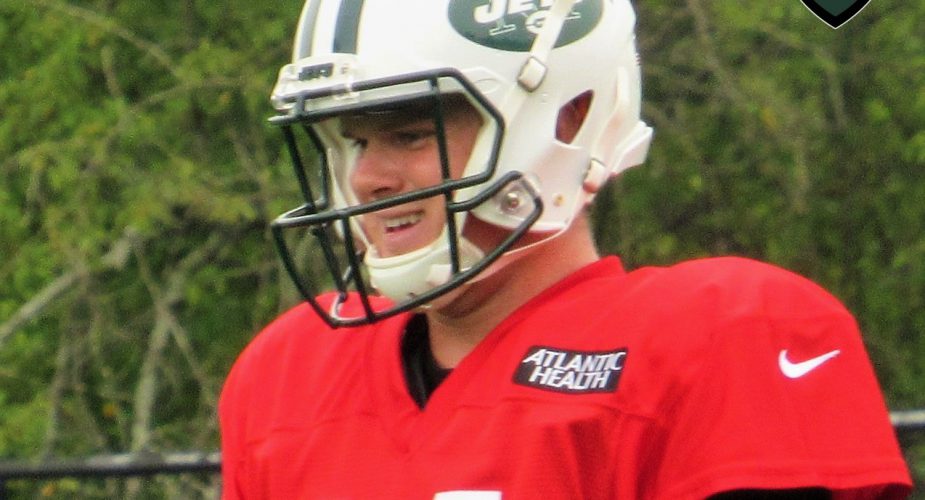 It was practice number three for Jets rookie QB Sam Darnold in a session that would start outdoors under the sun, before being forced inside when the lightning sirens sounded at about the half way point.  What were some of the takeaways for Darnold and the Jets?  Let’s take a look.

As was the case the day before, Darnold mixed it up a bit in terms of which units he worked with.  There were a handful of first and second team reps for the rookie QB and he seemed comfortable working with both units.  His ability to throw on the run showed once again as he drilled a touchdown pass to Clive Walford in the back of the end zone on his second attempt in goal line drills.  His first score came one play earlier, when he lofted a pass off of play action to rookie fullback Dimitri Flowers.  The ball was placed perfectly in tight coverage and fell in to Flowers’ arms.

It’s only a few practices, but if Darnold continues to make plays like this when pre-season games roll around, there’s no reason why he shouldn’t be under center come week one.

Often times we’ll hear people ask which unit “won the day”?  Was it the offense or the defense?  Today would have been a tough day to call.  The offense was gashing the defense for one big running play after another while the teams were outdoors, but once indoors, the defense had several stuffed runs that led to some jubilant celebrations.  Leonard Williams, who was terrorizing the offense all day long, teamed with a fired up Jamal Adams to stuff Bilal Powell who was trying to get in to the end zone to start goal line period. The biggest hit of the day probably came on another run play that saw Jordan Jenkins bust through into the backfield and level the ball carrier.

A few other observations from day six:

No practice today for Gang Green and they’ll be at Rutgers tomorrow night for the Green and White scrimmage.at Rutgers.