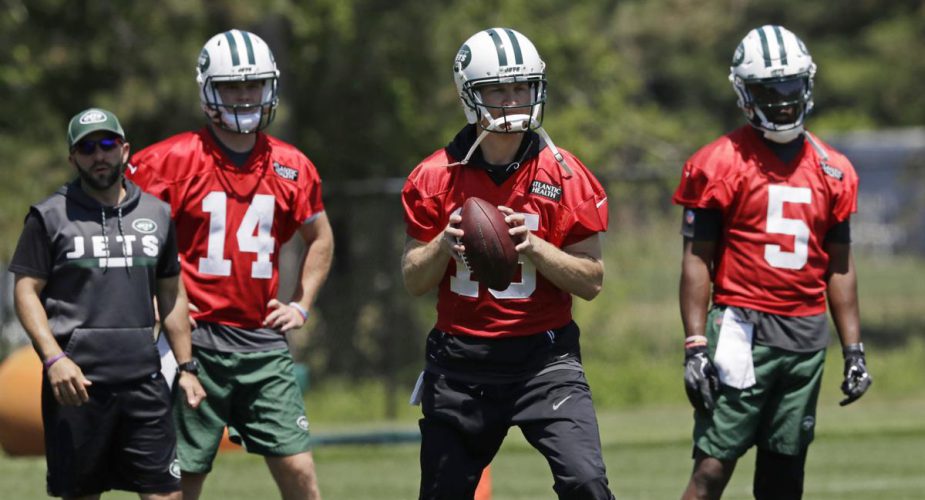 The Jets are in Richmond Virginia for a week of joint practices with the Washington Redskins. We have a longer recap, with discussion, of the JetsCamp practice in our forums. On Thursday the Jets and Skins will play a preseason game but the tempers seemed to flare up today. Here are some highlights.

Quincy Enunwa back on the practice field today for the Jets. Was out with a hand injury. pic.twitter.com/01CcB8fLx0

TE Jordan Leggett was back practicing today for the Jets. pic.twitter.com/xArGlWeq1X

Tony Garcia just cheap-shotted a #Redskins defender. He then stood over the guy, and squared him up. Rest of Redskins D didn’t take kindly to that. #Jets quickly remove Garcia

That’s three today. Fights between the #Redskins offense & #Jets defense. Pretty diplomatic on other side of field (where I am) between Wash D & Jets O https://t.co/jBWvUo7rAS

The biggest story of the day, the fights aside, was Sam Darnold taking first team reps. Coming off his strong showing in the preseason opener Brian Costello expects Sam Darnold to start preseason game # 2.

During a joint practice with the Redskins, the rookie quarterback took more reps overall and more with the starting offense than both Josh McCown or Teddy Bridgewater. Is that an indication Darnold will be the Jets’ starter on Thursday night when the Jets and Redskins face off?

“It’s no indication,” Jets coach Todd Bowles said. “Just getting him caught up on some things.”