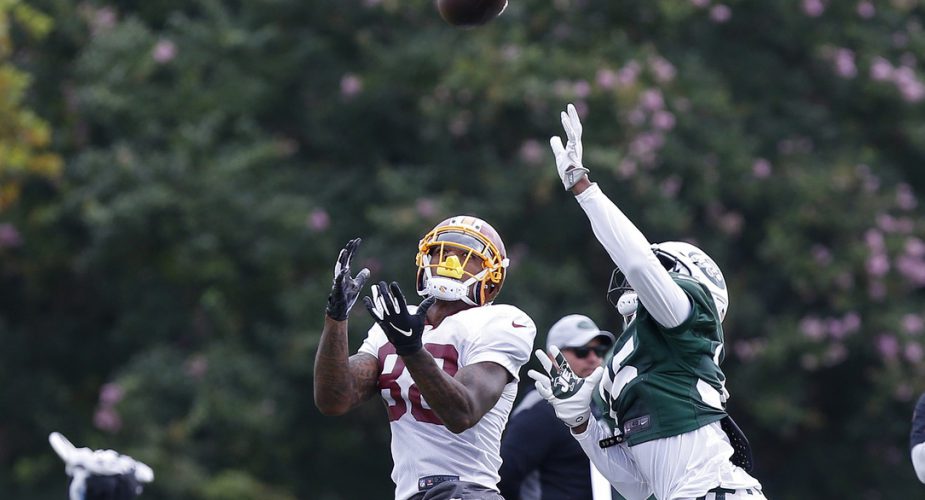 On Thursday, the NY Jets will take on the Washington Redskins in the 2nd week of the preseason. The game will be on ESPN at 8pm. Todd Bowles won’t confirm the QB rotation game plan but many are speculating that Sam Darnold will start.

The Jets and Redskins held their final joint practice on Tuesday. You can visit our forums to see a full Jets \ Redskins practice recap. That thread is worth checking out, a lot of good information in there. Another good read is the 13 camp takeaways by Matt Stypulkoski on NJ.com. Matt gives an update on how things got heated for Terrelle Pryor on Tuesday and this injury update.

Todd Bowles also said after Monday’s practice that linebacker Lorenzo Mauldin did not make the trip to Richmond. That brought the list to six players. Offensive lineman Kelvin Beachum, running back Isaiah Crowell, nose tackle Steve McLendon, safety Rontez Miles and running back Eli McGuire are the others.

Wide receiver Quincy Enunwa returned, but only did individual drills without defense. Safety Kacy Rodgers II returned to full action and tight end Jordan Leggett was back in full action for the second straight day.

Be sure to check out our NY Jets \ Washington Redskins joint practice photo gallery.

Some other highlights from practice on Tuesday:

Todd Bowles would not say who won't play Thursday night but I expect that to be a high number. Jets are very banged up right now.

Jets picked it up at end of practice. Darnold led a two minute drill with precision. His accuracy is remarkable