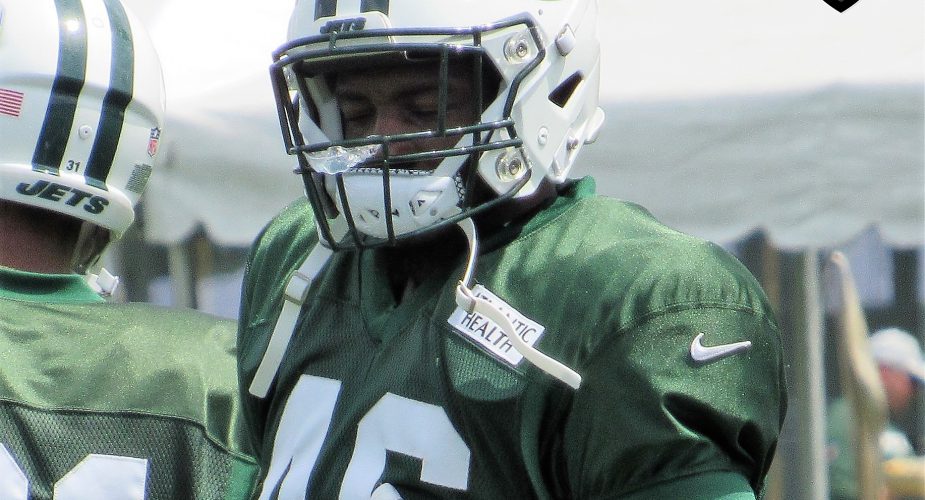 While the addition of Linebacker Neville Hewitt may have been one of the “quieter” moves the Jets made this offseason, Hewitt has come in to training camp and the preseason making plenty of noise on the field.  Whether it was in training camp at Florham Park or through the first two weeks of the exhibition season, Hewitt has become impossible to ignore..

In the Jets first 2 preseason games, Hewitt led the team in tackles in both contests, picking up 8 stops in each game.  Hewitt is consistently making his presence felt at or around the line of scrimmage, getting the attention of coaches and fans alike.  Given the fact that Hewitt is a converted college safety, it’s no surprise that his pass coverage has been impressive up to this point as well, grading out as

Having played his 3 previous seasons with the Miami Dolphins as a special teams ace, Hewitt looks the part of a player who could find a regular role for Todd Bowles.  With Miami,  Hewitt recorded a total of 103 tackles in his first two years before missing most of 2017 with a shoulder injury but 2018 is  a new year, and he continues to make plays.

This season, Hewitt has impressed the coaches to the point where he has gone from under-the-radar addition, to a guy fighting for a regular role. Over the next two preseason games, be on the lookout for number 46 as Hewitt tries to go from little-known addition, to a player who could be stealing reps from the starters.