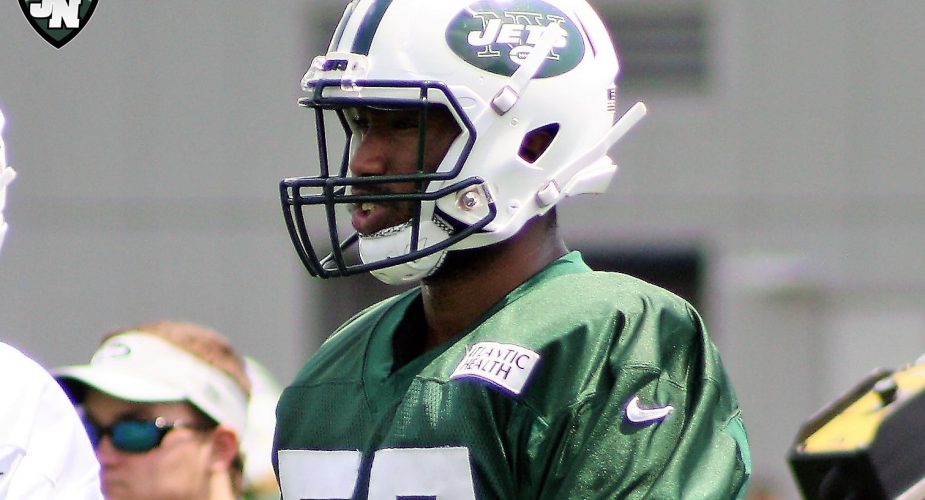 Plenty of players will be let go by Gang Green in the coming days and we’ll keep tabs here, adding names as they roll in.  Here’s what we’ve seen thus far from various sorces.

DL Xavier Cooper: Cooper had an excellent camp.  Look for him to catch on elsewhere.

FB Dimitri Flowers: We mentioned Flowers as a possible practice squad candidate.  Good pass catcher who needs to work on his blocking.

LT Anthony Garcia: Picked up from the Patriots, Garcia looked completely over-matched at times and did little to stand out.

WR Charles Johnson: Johnson was off to a strong start early in camp but a few drops doomed his chances.

OL Darius James: The undrafted free agent didn’t do anything to distinguish himself in limited action.

OL Gino Gradkowski: Gradkowski was a long shot from the word go after signing a few weeks ago.

LB Obum Gwacham: The converted receiver had a few nice moments early on in camp when he showed off some burst, but did little in live action.

LB David Bass: The writing was on the wall for Bass early on as several other outside linebackers were getting reps in his place several weeks ago.

LB Kevin Minter: A surprise cut, we projected Minter to make the 53-man roster with Kevin Pierre-Louis due to serve a suspension to start the season.

DL Mych Thomas: Another undrafted free agent, Thomas never got much of a look and the depth in front of him meant this was inevitable.

DL Kendall Reyes: A veteran addition who had “camp body” written all over him.

CB Terrell Sinkfield: Spent last year on the practice squad but his supposed elite speed never showed itself on the field.

None of these moves have been confirmed by the team as of yet so don’t be surprised if one or two names being reported turn out to be incorrect.