Dan Bailey Working Out With Jets On Monday 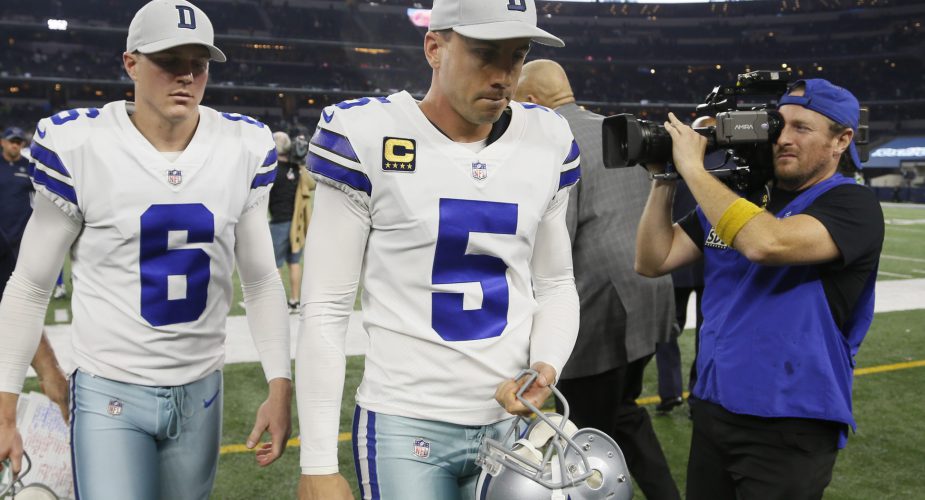 After getting down to the roster limit of 53 players yesterday, it has been reported that the Jets did not make any waiver claims on Sunday. Which means the roster is pretty much set for now, or is it? There are reports saying that former Dallas Cowboys kicker Dan Bailey is coming in on Monday for a workout.

Source: the Jets are working out former Cowboys K Dan Bailey on Monday. He's the second most accurate kicker (88.2%) in NFL history.

Source confirms that the Jets are working out former Cowboys kicker Dan Bailey tomorrow (as @FieldYates said). …. Jason Myers is on the roster right now.

Bailey battled a groin injury last year. He’s healthy now. Got beat out in competition in the preseason.

The Jets current kicking situation is suspect to say the least. Cairo Santos was expected to be the starter but he was never fully healthy. Santos was waived in August and then the Jets brought in Jason Myers who had a short competition against Taylor Bertolet. Glenn Naughton summed it up this way:

K Taylor Bertolet: Jason Myers essentially won the competition against the Eagles when he was good from 58 and 43-yards.  Don’t be surprised if the Jets keep an eye on who else shakes loose.

Dan Bailey was not expected to shake loose.

It was a stunning move from the Cowboys, who signed the ultra-accurate Bailey to a seven-year $22.5 million contract in 2014. He had three years left on the deal. The move saves the Cowboys $3.4 million on the salary cap.

Bailey’s career 88.2 career field-goal average places him second-all time in NFL history, behind only Justin Tucker of the Baltimore Ravens. Bailey owns the Cowboys‘ record for field goals in a career with 186.

The 30-year-old kicker suffered a groin injury last season that forced him to miss four games. His accuracy waned upon his return. Bailey ended the season with a career-low 75 percent field goal rate and missed the only two extra points of his career in 278 attempts.

We will keep you updated as we learn more about Bailey’s workout. Signing Bailey makes a lot of sense considering the amount of close games the Jets were in last year. A strong kicking game will help take the pressure off of a rookie QB.

By Phil Sullivan
Posted on September 2, 2018