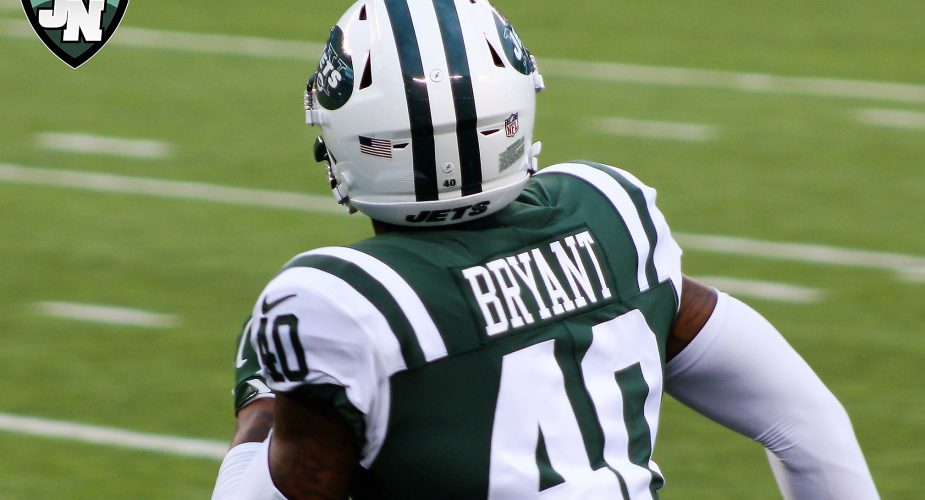 With their 53-man roster being set (for now), the Jets turned their attention to filling out their 10-man practice squad and yesterday they did just that.  Here’s a look at who made the cut and what we know.

S Brandon Bryant: A safety who the Jets signed as a free agent after he wasn’t chosen in the NFL’s supplemental draft, Bryant was quiet early on in training camp but showed steady improvement that culminated in a strong showing in the team’s final preseason game.

WR Deontay Burnett: As we discussed here, this move was an easy decision for the Jets.  Burnett was Sam Darnold’s top receiver at USC and had a strong camp with the Tennessee Titans before being let go.  He’ll start on the practice squad, but if he and Darnold show off some of what they did in college, he may find himself on the active roster at some point.  Burnett is also just 20 years old.

CB Jeremy Clark: Last year’s seventh round pick had an uphill battle making the roster this season with several young corners having strong camps behind starters Trumaine Johnson and Morris Claiborne.  Clark didn’t help himself a great deal by having such a quiet camp, but his traits make him worth an extended look.

C Nico Falah: The 6′ 4” 300 lb Falah is another former teammate of Sam Darnold who spent this preseason with the Tennesse Titans.  Falah went undrafted but had a solid preseason in Tennessee according to pro football focus who gave him an overall grade of 74.2 in four games.

RB De’Angelo Henderson: A speedy second-year running back, Henderson was cut loose by the Denver Broncos after just one season with the team.  Henderson, who runs a 4.48 40, managed to score a touchdown in 26 straight games for Coastal Carolina where he averaged 4.6 yards per carry for his career.  Can also catch the ball out of the backfield, picking up 93 receptions over his final three seasons in college.

OT Dieugot Joseph: A developmental tackle out of Florida International, Joseph has spent time with the Bears, Ravens and Vikings practice squads.  He is yet to play a regular season snap and played just 76 preseason snaps according to pro football focus.

DL Bronson Kaufusi: A third round pick of Baltimore Ravens GM Ozzie Newsome, Kaufusi lasted just two years with the Ravens.  He would spend 2016 on IR before picking up just 4 tackles in 2017.

OLB Farnkie Luvu: Luve had a solid camp for the Jets this season and was viewed by many as having a very real chance to make the 53-man roster.  As it turned out, he was cut and is now retained on the practice squad.

ILB Anthony Wint: A small school linebacker who flashed at times in camp.  Wint always seems to be around the ball and showed the ability to get through traffic and get to the ball carrier.  Could be limited in coverage.

QB John Wolford: A tryout player who was invited back to take some snaps in week four against the Eagles did enough to earn a spot on the practice squad.  It’s a smart move for the Jets who have just two quarterbacks on the active roster.

An even split with five offensive players and five defensive players including a developmental left tackle and a third quarterback with Burnett having the best shot to get some time on the active roster at some point.

By Glenn Naughton
Posted on September 4, 2018