Jets Hold Multiple Tryouts for Help at Edge and Kicker 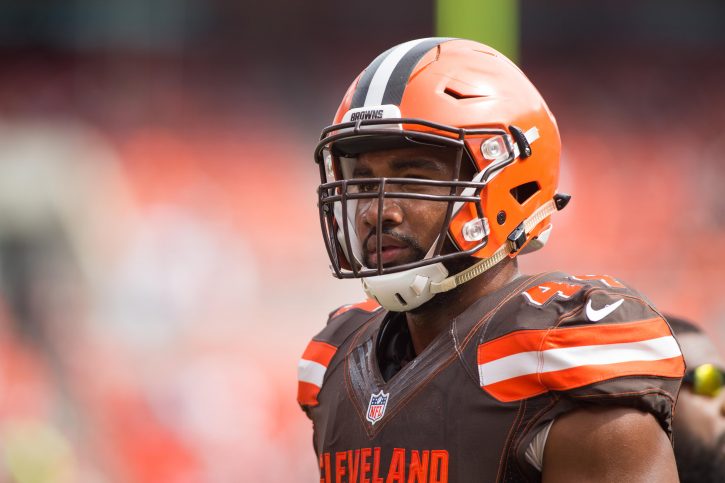 It was a busy day for the Jets today despite the season not getting under way until Monday night in Detroit when they take on Matthew Stafford and the Lions.  With a few deficiencies to address, the team took a look at a few prospects off the edge along with a defensive back and a kicker.

Nate Orchard, a former second-round pick of the Cleveland Browns was scheduled to meet with the Jets today as they continue to explore options to get to the quarterback.  Along with Orchard, the team reportedly took a look at Hau’oli Kikaha, a former member of the New Orleans Saints.who has 8 sacks in 27 career games (12 starts).

The team also auditioned former Buccaneers cornerback Josh Robinson, who hasn’t started a game since 2014 and has primarily been a special teams player.  Clearly an area the team is looking to upgrade.

Source: free agent kicker Roberto Aguayo is trying out for the Jets today. They continue to evaluate kicking options. Aguayo hit 3-of-3 field goals this preseason with the Chargers.

Even with kicker Jason Myers on the roster, the team continues to explore options at the position.

By Glenn Naughton
Posted on September 5, 2018