Jets vs Browns; Is it a Trap? Bet the Jets. 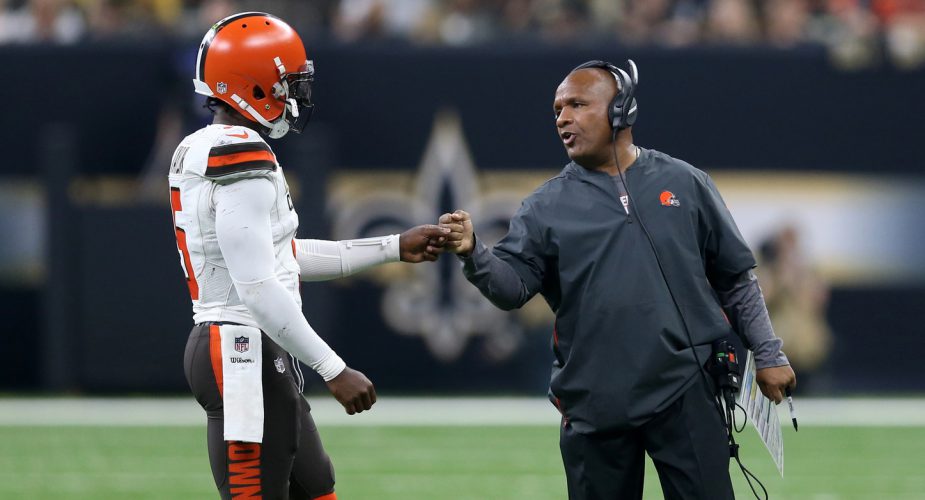 A hot start, a cold defeat, and then in Cleveland, the Browns the Jets will meet. There’s my Week 3 Haiku (not that I am going to make this a thing) as the Jets prepare to head into Cleveland for Thursday Night Football. The Browns played tough enough to pull a draw against the Steelers —who are also winless—and gave the Saints a run for their money in NOLA. But despite the fact that they are still winless, the betting odds gurus are giving them three points at home in FirstEnergy Stadium. Let’s be honest; this is familiar territory for Jets fans. And 3-point underdogs on the road isn’t that big of a deal.

When we look at the NFL odds for the Jets vs. Browns, we can see that almost all of the different shops have New York as 3-point dogs. But the juice varies between even money and +105 and two outlets are at +3.5 which is great for Jets backers.

Now there are times when you might get angry with me because I’ll have to tell it how it is. This column is based around betting. If I think that the Jets are going to lose, I can’t simply placate readers and give a prediction based on what the heart feels or what you want to hear. That said, my assessment that the Jets would win and cover against the Miami Dolphins was not a placation. The handicapping was on point, but our team didn’t show up, and the Dolphins defense did.

Points off turnovers were what undid Gang Green last week. Sometimes the metrics work out, sometimes the chaos that is a gridiron battle makes the game swing an entirely different way than you were thinking. And if we are honest with ourselves, this is a new team and misfires will happen. But, we can’t blame Darnold. He was sacked three times, smacked five times and hurried all game long.

The Public is All Over Cleveland

This is a weird line. The odds actually opened with the Browns as 3.5 point favorites, and even though more than 60% of the betting public is on Cleveland to cover the point spread, the line has moved to 3 and is starting to reverse back to 3.5 at a few spots. Insert Admiral Ackbar meme here … It’s a trap!

While I tend to agree with the majority of America that the Browns have fared well on the road against the Steelers and the Saints, did they actually play well? They played pretty well defensively against the Saints, but their Week 1 tie had much more to do with the Steelers playing horribly than the Browns playing well. Etch this one into the flesh of the internet with permanent ink: Tyrod Taylor played like crap in Week 1. He was 15 for 40 for crying out loud … But are the Browns going to drastically improve just because they are at home and break their winless streak?

Ok … let’s break it down. The Browns defense has been pretty stellar, but their offense has been found wanting. What the Jets have to worry about is the seven sacks, three interceptions, and five forced fumbles that the Browns have produced over the last two weeks. If it were not for the turnovers against Miami, the Jets might very well be heading into this game 2-0.

I believe I have mentioned before that home-field advantage is worth three points in most situations. And that is the only reason why I can see that the Browns are favored. They have lost to the Jets four straight times by an average margin of just under 10 points. Not only have the Browns not won a game since December 13th of 2015, but they are also just 4-15 against the spread after they beat the spread on an already terrible 10-26 ATS record.

Will the Jets win outright? I’m not sure … But the strange line movement has me thinking that Las Vegas and the online sportsbooks are trying hard to get people to put their money on the Browns. That alone is good enough for me to find the longest number and place a few bucks on the Jets to cover the number.