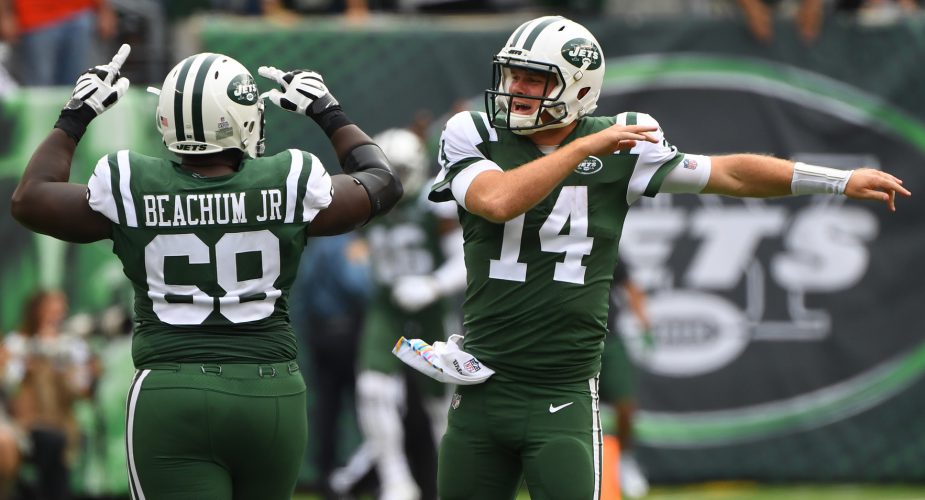 The NY Jets had an impressive home win against the Denver Broncos so there is plenty to talk about. The team played well in every phase of the game as they picked up their 2nd win of the season. This week we are joined by NY Jets left tackle Kelvin Beachum to talk about the team’s recent win over the Denver Broncos and some of his off-field ventures that have seen him get involved in world food bank day and his charitable contributions to Holberton schools in an effort to help students offset the cost of attending a cutting edge school.

While NFL fans know him as a star left tackle for the New York Jets, off the field Kelvin Beachum is driving positive change with his tech-savvy investing and community support. His latest initiative is for the Holberton School, a tuition-free two-year software engineering school in San Francisco (and, starting in January, New Haven, CT).

Kelvin has donated a substantial grant to offset living expenses for students. He likes Holberton because of its diverse student body, its innovative educational approach, and the jobs its graduates have earned at places like LinkedIn, Google, NASA and Tesla.

Be sure to subscribe to us on iTunes or Google Play:

What’s Next After NY Jets Part Ways With Mike LaFleur

Epic Letdown vs the Lions, Quick Turnaround to Jags on TNF