Week 6 NFL Pick: Jets to Fly Past Banged Up Colts 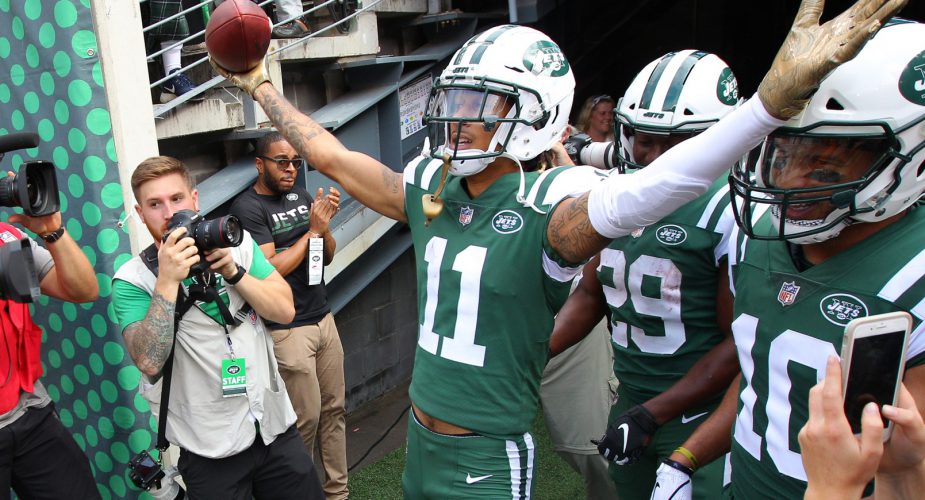 Week 5’s game against Denver started with a strip fumble that the Broncos recovered. It looked like the Gang Greens recent gangrenous play would continue. But alas, the Jets rolled the dastardly dung-heads from Denver, 34 – 16!

The situational statistics I gave last week all pointed to a Jets victory. But because Darnold and crew hadn’t given us any reason to trust them, I advised that you take the Broncos as dogs on the point spread, hoping that Gang Green would prove me wrong and knowing that I should have advised everyone just to grab a Pizza, watch the game, and forget about betting on it. Well, they did prove me wrong. And now I know that we 100% have ZERO idea of which Jets team is going to show up on any given Sunday.

The Jets are listed as favorites again. That’s two weeks in a row! The last time the Jets were listed as consecutive favorites was back in October of 2016 against the Browns and the Ravens and New York won and covered both of those games. Upon checking this BetOnline Review, I have determined that they are the book whose odds we’ll use this week and we find over on SBR Odds that the Jets are 2.5 point favorites against Andrew Luck and the visiting Colts.

Baby Horses are Cute, But Jets are Better

The Jets have buzzed Indianapolis’ tower by covering the spread seven of the last ten times these two teams have met, and have won six times to boot. The Jets are in a prime situation to get another win on Sunday, but I am a little worried about a relapse back to Week 3 and Week 4 performance levels.

That said, the Jets have held opposing teams to just 18 points in East Rutherford, and their home offense has averaged 23 points per game this season. The Colts road D has allowed 22.33, and they have only managed to put up 22.33 while on the highway. These numbers line up perfectly with the 2.5-point spread in favor of the Jets. But if the Jets can keep their composure and not fall victim to silly mistakes and miscues, this game could turn into a long night for the Colts.

Someone Call a Doctor!

The Indianapolis Colts are riddled with injuries. Colts wide-out, Ty Hilton is questionable with a bum hamstring, TE, Jack Doyle is doubtful with a hip injury and with Ross Travis out IR, the Colts are shallow at TE. Marlon Mack is questionable at RB, and Right Tackle, Denzelle Good is having some personal issues and may not play. But the even more impactful than the Colts’ offensive woes is the fact that the entire Colts defense is banged up.

There is a good chance that at least half of these players don’t play. And It’s unlikely that they will be 100% even if they do. This leads to another problem for the Colts: depth. The Jets are the No. 2 team in the league in home rushing, averaging 182.5 yards on the ground in MetLife. The Colts defense is going to get worn out, and they don’t have the depth to rotate players.

Key Stats That You Should Know

I love the spread at 2.5 for the Jets in this situation. If the Jets don’t fall apart, this could very well turn into a blowout.

Prediction: Take the Jets -2.5 before the number moves to 3.

This is a great opportunity for the Jets to get to .500. So lay it on Gang Green and pray that they don’t roll back to NY Jets 1.0.