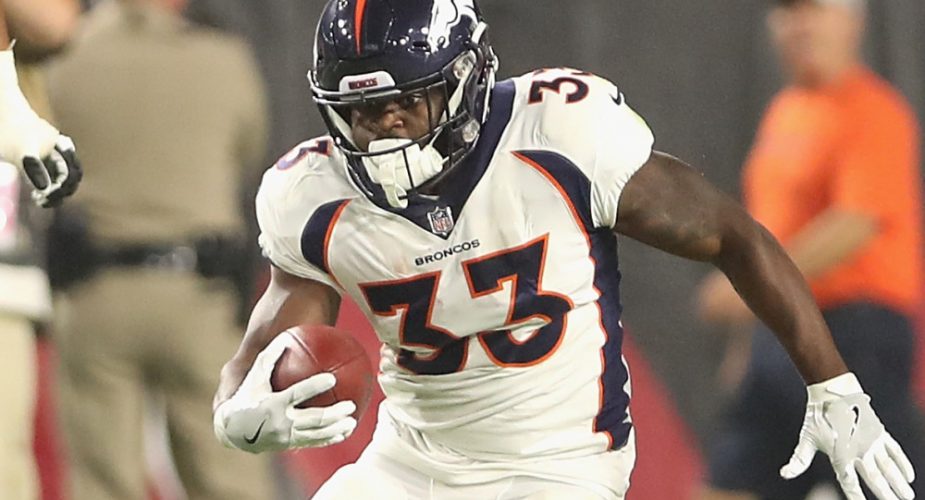 That didn’t last very long, did it?  The Jets have added running back De’Angelo Henderson to their practice squad just one day after letting him go to make room for left tackle Dieugot Joseph.

#Jets announce they have re-signed RB De’Angelo Henderson to the practice squad (he was cut yesterday) and placed LB Harvey Langi on practice squad IR.

Henderson had been on Gang Green’s practice squad since the beginning of the season after being let go by the Denver Broncos.  To make room for Henderson’s return, the Jets place linebacker Harvey Langi on practice squad IR.