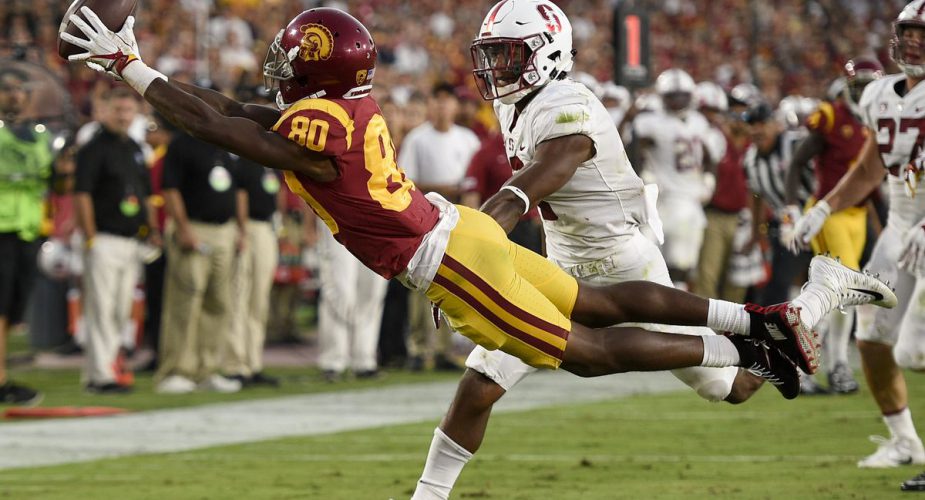 In a move that wasn’t all that surprising as we suggested the possibility of it earlier this week, the Jets have added rookie wide receiver Deontay Burnett to their active roster.

Burnett was quarterback Sam Darnold’s to target at USC but went undrafted and was signed and released by the Tennessee Titans this preseason before the Jets added him to their practice squad.

With the two getting back on the field together for live action, fans will hope to see some more plays like this:

Lots of speculation that Deontay Burnett will be added to the 53. Darnold’s top target at USC. Don’t think anyone would object to seeing a bit of this in Green and White. pic.twitter.com/zNWjjP1S58

Burnett takes the roster spot that opened up earlier today when the Jets cut ties with wide receiver Terrelle Pryor.