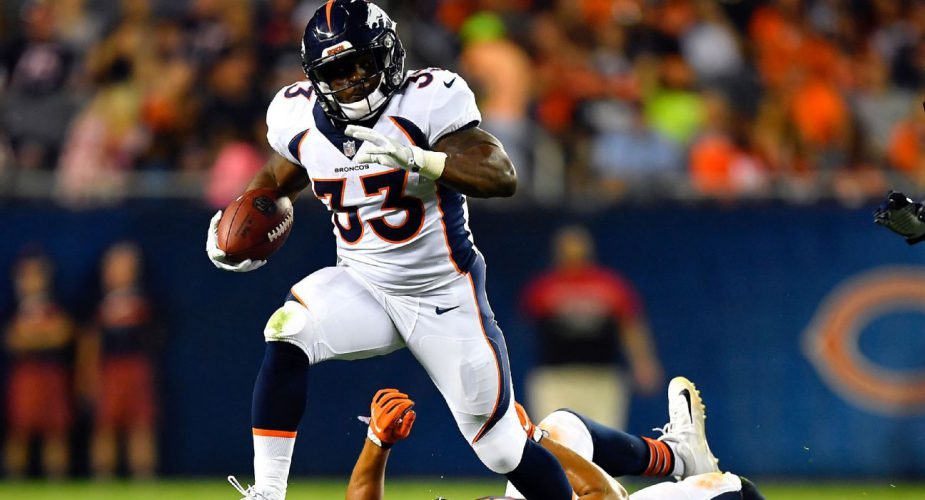 Around this time last week, we wondered aloud if the Jets would be looking to add wide receiver Deontay Burnett to their active roster due to the fact that their wide receiving corps was decimated by injuries.  Eventually, they did just that.  Now, here we are again, wondering if another practice squad player will get the call to help make up for the loss of another key player.

Jets running back Bilal Powell is out for the remainder of the season with a neck injury which will leave Todd Bowles and company with just two active running backs on their depth chart in Isaiah Crowell and Trenton Cannon.  Given the fact that Crowell is playing with an injured foot and Cannon is a rookie with just 8 carries, Gang Green should be looking to add another body, and that could be De’Angelo Henderson.

A small school product out of Coastal Carolina where he ran for over 4,600 yards to go along with 58 TD’s, Henderson had done some good work in the preseason with the Broncos and is viewed as a good all-around back who can run it, catch it and block when needed.

With only two backs on the roster and one nursing an injury, the Jets may need a bit of each this weekend against the Bears.