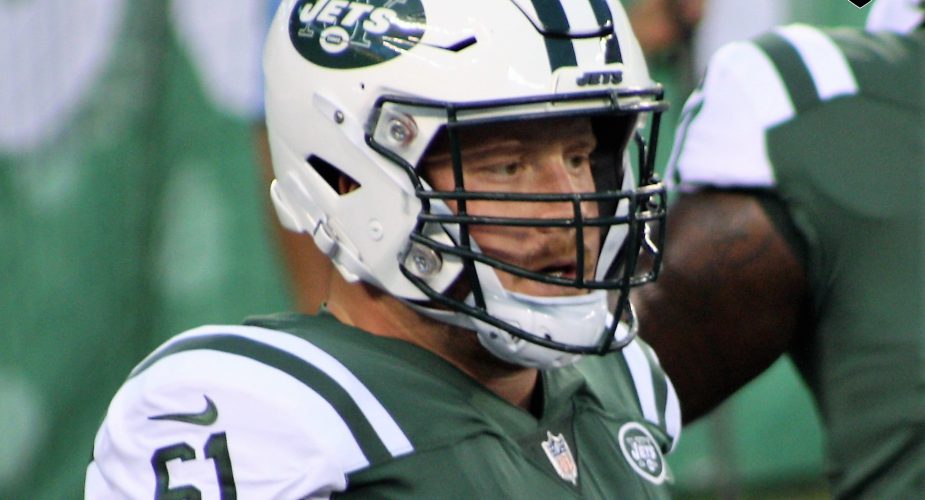 When offensive lineman Spencer Long left the Washington Redskins for the Jets this past offseason, Jets head coach Todd Bowles touted Long’s versatility as a plus with Long having experience at both left guard and center.  After struggling through the first half of the season due largely in part to a dislocated finger on his snapping hand, Long’s versatility came in to play yesterday against the Patriots.

And just like that, Long went from a guy who could be on the outs after this season, to a possible candidate to start at left guard for Gang Green in 2019 if he continues to play the way he did yesterday.

Very important game for Spencer Long today if he plays LG. Played well there in 2015 and could be back next season as a candidate to replace James Carpenter if he plays well enough.

The Jets didn’t have many bright spots against New England, but Long stood out several times in both pass protection and as a run blocker.  With no access to the All 22 yet, it’s impossible to say just how good he was from snap to snap.  However, as a team without a left guard heading in to next season with James Carpenter’s deal set to expire, Long now enters the equation as a possible starter in that spot next year.